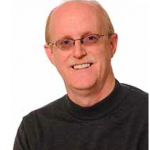 This report as originally issued (Bruce & Bridgeland, 2014, see URL to current version of report below) included the conclusion that an estimated 4.5 million at-risk young people (ages 8-18) are currently in mentoring relationships. It turns out that this conclusion (as well as analogous ones made for not at risk youth, youth in informal mentoring relationships, etc.) was a misstatement – the appropriate statement is that an estimated 1.8 million at-risk young people (ages 18-21) in the U .S. can presently be estimated to have exited the 8-18 period of their development having at some point experienced a structured mentoring relationship. In epidemiological terminology, the report’s methods yielded what is akin to lifetime prevalence estimates (in this case the time span is, of course, just that up to a certain point in one’s life) versus point prevalence, which would be an estimate of the number of youth who are in structured mentored relationships at any given point in time (such as today or this month). The so-called mentoring gap thus becomes (if limited to structured mentoring and at risk young people) the difference between the 1.8 million number and the total number of at-risk number young people ages 18-21 (9.4 million) – 7.6 million young persons. Kudos to the team at MENTOR for working with their technical contractors on the report and research to revise and reissue (web-wise) the report with the errors in the original corrected. As all of us who work in the research realm well know, this type of willingness to reconsider and revise is not always in great supply in the venues in which we do most of our work such as academic journals and conferences.

It would be great to be able to complement the current estimates, which I do believe are the most policy informative if I had to choose just one, with point estimates of how many youth at a given point in time are in structured and/or informal mentoring relationships – the best we could do at present (for structured mentoring ties) would be to extrapolate from the point estimates that are available for particular states through the laudable efforts of various state mentoring partnerships. If you have reports to this effect, I’d appreciate if you could share with me – I already have Illinois and Michigan. I’ll work with what’s available and sent out a (very rough) estimate for the country. 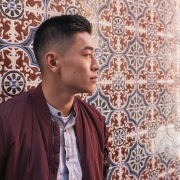