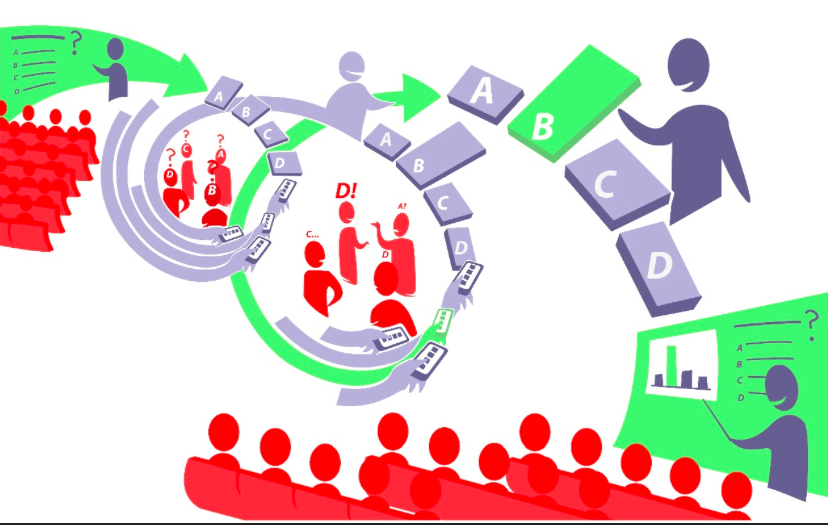 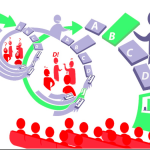 For many years, I secretly worked on my research. I say “secretly” because, once upon a time, researchers simply published their research in professional journals—and there it stayed.

However, my colleagues and I learned things we thought people needed to know. We found that students’ mindsets—how they perceive their abilities—played a key role in their motivation and achievement, and we found that if we changed students’ mindsets, we could boost their achievement. More precisely, students who believed their intelligence could be developed (a growth mindset) outperformed those who believed their intelligence was fixed (a fixed mindset). And when students learned through a structured program that they could “grow their brains” and increase their intellectual abilities, they did better. Finally, we found that having children focus on the process that leads to learning (like hard work or trying new strategies) could foster a growth mindset and its benefits.

So a few years back, I published my book Mindset: The New Psychology of Success to share these discoveries with educators. And many educators have applied the mindset principles in spectacular ways with tremendously gratifying results.

This is wonderful, and the good word continues to spread. But as we’ve watched the growth mindset become more popular, we’ve become much wiser about how to implement it. This learning—the common pitfalls, the misunderstandings, and what to do about them—is what I’d like to share with you, so that we can maximize the benefits for our students.

A growth mindset isn’t just about effort. Perhaps the most common misconception is simply equating the growth mindset with effort. Certainly, effort is key for students’ achievement, but it’s not the only thing. Students need to try new strategies and seek input from others when they’re stuck. They need this repertoire of approaches—not just sheer effort—to learn and improve.

We also need to remember that effort is a means to an end to the goal of learning and improving. Too often nowadays, praise is given to students who are putting forth effort, but not learning, in order to make them feel good in the moment: “Great effort! You tried your best!” It’s good that the students tried, but it’s not good that they’re not learning. The growth-mindset approach helps children feel good in the short and long terms, by helping them thrive on challenges and setbacks on their way to learning. When they’re stuck, teachers can appreciate their work so far, but add: “Let’s talk about what you’ve tried, and what you can try next.”

“The growth mindset was intended to help close achievement gaps, not hide them.”

Recently, someone asked what keeps me up at night. It’s the fear that the mindset concepts, which grew up to counter the failed self-esteem movement, will be used to perpetuate that movement. In other words, if you want to make students feel good, even if they’re not learning, just praise their effort! Want to hide learning gaps from them? Just tell them, “Everyone is smart!” The growth mindset was intended to help close achievement gaps, not hide them. It is about telling the truth about a student’s current achievement and then, together, doing something about it, helping him or her become smarter.

I also fear that the mindset work is sometimes used to justify why some students aren’t learning: “Oh, he has a fixed mindset.” We used to blame the child’s environment or ability.

Must it always come back to finding a reason why some children just can’t learn, as opposed to finding a way to help them learn? Teachers who understand the growth mindset do everything in their power to unlock that learning.

A few years ago, my colleague in Australia, Susan Mackie, detected an outbreak of what she called “false growth mindset.” She was seeing educators who claimed to have a growth mindset, but whose words and actions didn’t reflect it. At first, I was skeptical. But before long, I saw it, too, and I understood why.

In many quarters, a growth mindset had become the right thing to have, the right way to think. It was as though educators were faced with a choice: Are you an enlightened person who fosters students’ well-being? Or are you an unenlightened person, with a fixed mindset, who undermines them? So, of course, many claimed the growth-mindset identity. But the path to a growth mindset is a journey, not a proclamation.

Let’s look at what happens when teachers, or parents, claim a growth mindset, but don’t follow through. In recent research, Kathy Liu Sun found that there were many math teachers who endorsed a growth mindset and even said the words “growth mindset” in their middle school math classes, but did not follow through in their classroom practices. In these cases, their students tended to endorse more of a fixed mindset about their math ability. My advisee and research collaborator Kyla Haimovitz and I are finding many parents who endorse a growth mindset, but react to their children’s mistakes as though they are problematic or harmful, rather than helpful. In these cases, their children develop more of a fixed mindset about their intelligence.

How can we help educators adopt a deeper, true growth mindset, one that will show in their classroom practices? You may be surprised by my answer: Let’s legitimize the fixed mindset. Let’s acknowledge that (1) we’re all a mixture of fixed and growth mindsets, (2) we will probably always be, and (3) if we want to move closer to a growth mindset in our thoughts and practices, we need to stay in touch with our fixed-mindset thoughts and deeds.

What are your triggers?

Watch for a fixed-mindset reaction when you face challenges. Do you feel overly anxious, or does a voice in your head warn you away? Watch for it when you face a setback in your teaching, or when students aren’t listening or learning. Do you feel incompetent or defeated? Do you look for an excuse? Watch to see whether criticism brings out your fixed mindset. Do you become defensive, angry, or crushed instead of interested in learning from the feedback? Watch what happens when you see an educator who’s better than you at something you value. Do you feel envious and threatened, or do you feel eager to learn? Accept those thoughts and feelings and work with and through them. And keep working with and through them.

My colleagues and I are taking a growth-mindset stance toward our message to educators. Maybe we originally put too much emphasis on sheer effort. Maybe we made the development of a growth mindset sound too easy. Maybe we talked too much about people having one mindset or the other, rather than portraying people as mixtures. We are on a growth-mindset journey, too.

Carol Dweck is the Lewis and Virginia Eaton professor of psychology at Stanford University and the author of Mindset: The New Psychology of Success (Ballantine Books).

Raising the bar: Levering the science of relationships to improve youth outcomes