Three years ago, I had the good fortune of being in Boston for a symposium on mentoring research co-sponsored by Big Brothers Big Sisters (BBBS) of Canada, MENTOR, and the University of Massachusetts-Boston. Our hosts were Karen Shaver, David Shapiro, and Jean Rhodes; Mike Garringer was our moderator. It was a great experience with wonderful colleagues.

We were treated early in the symposium to a presentation by Jean Rhodes. Not surprisingly, it was a compelling blend of information and provocation. She covered an array of topics and ideas, but the essential message was that youth mentoring as currently practiced cannot meet the needs of most youth we hope to serve, especially those from less advantaged backgrounds. Jean cited the work of Robert Putnam to make the case that mentoring researchers should look beyond traditional, formal mentoring programs, and she described innovative approaches such as youth-initiated mentoring (YIM).

While listening to Jean, I began to ponder another potentially innovative strategy. At the next break, I approached Lindsey Weiler and asked if she had any interest in exploring the merits of “parent-initiated mentoring”. Lindsey was a new faculty member at the University of Minnesota and fortunately she said yes. Dr. Weiler is now the lead investigator on this project, and we were later joined by Renee Spencer, who has done most of the research on parent involvement in youth mentoring.

We call our approach CareGiver-Initiated Mentoring (CG-IM). It’s an idea that pushes the envelope on parent involvement in youth mentoring and offers a way to invest more earnestly in the social capital of the families and communities we serve. Supportive adults can help shape the development of young people, complementing or supplementing what is offered by parents. But not all youth have relationships with safe and supportive non-parental adults. Work by Jean Rhodes, Elizabeth Raposa, and colleagues points to a limited number of volunteer mentors and documents that youth from disadvantaged backgrounds are less likely to have an informal mentor in their life. We reasoned that because parents/caregivers are gatekeepers to children’s social networks and adult relationships, they could, in theory, play a role in facilitating connecting their children with safe and supportive adults in their social network.

We began our research by asking parents how they view potential benefits and likely risks associated with informal mentoring relationships. With help from BBBS programs in Canada and Minneapolis, we conducted eight focus groups with parents (N = 55) whose youth participated in BBBS-sponsored community-based (CBM) or school-based mentoring (SBM) programs. Our findings were used to craft surveys designed to gather additional information on the perceived risks and benefits of informal mentors. Two samples of parents were surveyed. The first involved 161 parents of youth enrolled in CBM or SBM matches; the second involved 425 parents in a convenience sample. Preliminary findings suggest parents see value in connecting their children with supportive adults but that most parents have little experience actually doing this.

Our latest development effort involved creating intervention prototypes that could be used to promote parent involvement in finding informal mentors for their children. We used a Community-Based Participatory Research (CBPR) approach and conducted a daylong workshop that involved six parents from a low-income housing service and five youth-serving community volunteers. This was an incredibly rewarding experience for us as researchers: It gave us a chance to let parents and volunteers—potential end-users—shape the beginnings of CG-IM. Participants generated key points that could be easily incorporated into potential intervention strategies, including a strong caution to avoid the term “mentor” when requesting support from other adults and a recommendation that parents make very narrow, specific requests initially.

This January, we are planning to present our ideas and initial findings to folks attending the National Mentoring Summit.

We hope to see you there.

Methods Corner Cracking the code: How to Read a Research Paper 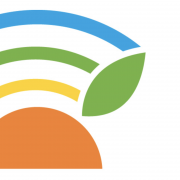