Chicago has experienced one of the country’s highest violent crime rates, particularly when compared to other large US cities. In fact, over 800 young people have been killed in Chicago since 2008. The majority of these incidents were located in 22 African-American or Latino communities. This level of violence has dire implications for the future, as research has shown that youth who have been exposed to community violence have higher rates of aggression and high-risk behavior. While there are many programs that are offering treatment to affected youth, too often these programs are unable to take the community context into their scope.

In an effort to create a holistic program that would engage at-risk youth in Chicago’s most troubled neighborhoods, the researchers of the present study have integrated a number of approaches and disciplines in creating the Truth N’ Trauma (TNT) program. Experts and professionals from Social Work, Psychology, Counseling, Criminal Justice, and Communication, Media Arts, and Theatre (CMAT) all collaborated in the creation of TNT.

The program itself integrated aspects of trauma-informed practice, psychoeducation, positive youth development, and restorative practice. Positive youth development focuses on the ways that communities and programs promote resilience and protective factors, such as mentoring programs and youth leadership opportunities. Restorative practice is a method of building social capital while gaining social discipline through active learning and decision-making that enables the restoration and regrowth of community ties. Restorative practices also include the process of restorative justice, which brings together perpetrators and victims to collectively identify and address harms experienced as well as promoting healing.

Those who opted to focus on media production learned fundamental skills in camera use and video editing, as well as the basics of pre-production, production, and post-production. Connections to the role of media in social justice and, more broadly, global social justice, were stressed. This work also created short public service announcements around violence prevention and a 40-minute video documentary about the project. The theatre subset was immersed in basic and more advanced theatre fundamentals. The participants worked collaboratively to create a movement-based theatre piece drawn from their journal writings.

Those involved in the youth participatory action research group were trained in research methods and began investigating a self-generated research question that addressed a social issue that impacted their lives. Training in research also included education on working with human subjects, data collection, data entry, analysis, and presentation. The group of participants in this study opted to focus on resilience and youth who have been exposed to violence.

Forty-four African-American high school students were selected to participate in the TNT program. The youth ranged in age between 14 and 18 years with 85% of the sample being either 16 or 17 years old, and were selected for the study based on an expressed concern about community violence as well as a demonstration of leadership skills in formal and informal settings. The sample was an even split between male and female participants. Individuals in the comparison group were from similar neighborhoods, and ranged in age from 14 to 18 years and older. As a result, the comparison group was slightly older than the program participants. No average ages were provided for either group.

This study also included a qualitative interview component. Thirty-two participants and 18 faculty/staff members were interviewed. Faculty and selected, supervised students conducted the interviews. Data analysis followed narrative and grounded theory principles. Questions addressed topics such as how the individual became involved in the TNT program, their experience in the TNT program, and experience with violence and violence exposure.

Participants in the program group saw significant positive gains in forty-one variables representing empowerment in school performance and integration, community engagement, negative and potentially traumatic experiences, and perception of positive individual qualities. The program group saw a significantly negative impact in one variable, individual persistence in work. In contrast, the comparison group only had significantly positive gains in two variables, their understanding of political issues in their community and the ability to gather data to solve problems.

From the authors, “With a small sample and a less-than perfectly matched participant and comparison group, causal claims cannot be made about the relationship between perceived positive changes documented and participation in the TNT project. However, these ﬁndings are suggestive of increased self-perceived empowerment among participants, under challenging social conditions, during their tenure in the project.”

For more information regarding the findings of the qualitative interviews, please see the original article.

The authors state that, “Programs, like the comprehensive and interdisciplinary one described here, should seek to engage youth through empowerment practices that emphasize positive youth development, trauma informed practices and restorative justice that offer youth (with learned skills) the opportunity to advocate, engage and lead their families, their peers, their schools and communities and others in addressing violence.” By engaging participant youth in the project, enabling them to take supervised ownership of the program, it is possible to foster more connected communities and youth. This process, however, is not one that happens overnight.

“[I]nnovative programs that are comprehensive and interdisciplinary require multiple year funding (at least 3–5 years) that allows for establishing a theoretical model and then for rigorous experimental testing and analysis that leads to evidence-informed best practices for violence prevention. Sample size, randomized control trials, data collection and analysis for such comprehensive programs can be quite expensive but seem necessary if we are to move beyond treatment programs that, at best, offer mental health services that are prescriptive to young people, and at worst, are paternalistic and rely on outdated treatment modalities to provide services.”

The authors outline a research agenda to further investigate program models such as TNT. They recommend “rigorous replication with a continued small, randomized experimental-control sample of perhaps 50 participants and a matched comparison group.” There remains much to be done, according to the authors, as the trauma-informed youth oriented curriculum needs to be standardized and have clear rules for its use. Still, the participatory nature of the TNT program and its evaluation can serve as a guide for future program implementation and evaluation. 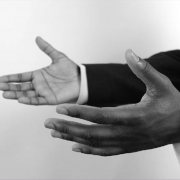 What makes Mentoring Effective? How Research can Guide you in Selecting a Program

Muhlenberg College will require students to recruit mentors from a database of parents and alumni.