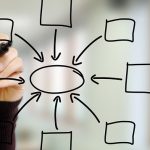 When new teachers get ongoing support from mentors, they’re better able to engage students and use assessment in instruction, and their students score higher on math assessments, according to a new study.

The study, conducted by SRI Education, is an independent analysis of the New Teacher Center’s mentorship program, funded through a 2016 federal Investing in Innovation grant.

The results looked at teachers in grades K-8 in five districts: Fresno school district in California, Miami-Dade County schools, the New York City district, Polk County schools in Florida, and the San Francisco district. Participating schools were randomly assigned to either receive training for mentors through the nonprofit New Teacher Center or to participate only in the school’s traditional teacher-induction program.

In schools that worked with the NTC, coaches were told to meet with their new teachers for about 180 minutes of instructional support each month over the course of the two-year induction program.

While the results are preliminary, data show that teachers receiving the NTC mentoring saw improvement in their instructional practice.

Participating teachers were evaluated using the Danielson Group’s Framework for Teaching. After two years of support, teachers in the NTC program showed greater competency than other teachers in two areas of the framework: engaging students in learning and using assessment in instruction.

The NTC teacher-induction program also had a positive effect on students’ math performance.

Students in classes with teachers who received NTC mentoring for one year performed better on math standardized tests than students whose teachers went through their schools’ induction programs, seeing between 3.6 and 6.3 months of additional learning.

Last year a study of NTC’s induction program in two other districts, also conducted by SRI, found that students with teachers in the NTC program outperformed their peers not only in math, but also on English/language arts state standardized tests.

Piccuci is hopeful that results from the current study will eventually show student improvement in ELA as well. The preliminary results only look at students’ performance after one year with teachers in the mentorship program—in the 2017 study, gains in ELA performance didn’t manifest until year two, she said.

NTC made some changes to its mentorship program in this new study, in part to better reflect the most common models of new-teacher induction, said Piccuci. Nationally, “the trend is toward using school-based positions” for new teacher mentorship, she said.

While all of the mentors in the 2017 study worked in their roles full-time, three of the five districts in the 2018 analysis are working with mentors who are also teachers, or hold other positions in the school building. Because many of these mentors have other professional responsibilities, NTC also reduced the amount of training they required of mentors—from 12 days a year over a two-year period to the current eight days each year.

As the data are preliminary, it’s not yet possible to draw conclusions about the effect of full-time versus part-time mentors.

But as more data are collected over the course of the 2016 and 2017 cohorts’ two-year mentoring programs, NTC hopes to conduct exploratory analyses comparing the effectiveness of the program in different contexts, said Piccuci. Further studies could also determine how closely schools need to follow NTC’s implementation recommendations for the program to have an effect, she said.

“It’s an exciting opportunity for NTC to look at variation in programs across different contexts to really understand what works where and why,” said Piccuci.

Full results of the study will be released in September 2020.