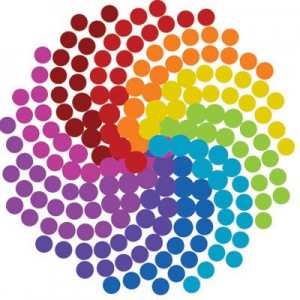 I’m not sure if you’ve noticed, but 2013 has already been a groundbreaking year for the field of youth mentoring. With little fan fare, two large-scale, rigorous evaluations of youth mentoring programs have been released, both of which offer considerable promise to the field.  First, about of week before the “National Mentoring Summit, the Centre for Addiction and Mental Health and Big Brothers Big Sisters Canada (BBBSC) put out a modest press release about a very ambitious, ongoing study. Researchers David DeWit and Ellen Lipman are interviewing nearly a thousand (N = 997) children and their parents as well as 450 mentors across 20 BBBS agencies every six months for five years. By 18 months, children with mentors showed several positive effects relative to those on the waitlist.  For example, compared to the girls on the waitlist, mentored girls experienced fewer conduct problems and stronger social skills. Likewise, mentored boys experienced fewer emotional problems, including depression and social anxiety. Additional findings will be released in the months and years ahead as the study continues as the full scientific report has not yet been released. As such, basic information regarding attrition, training, effect sizes, etc. are not yet available. Still, these preliminary results certainly give grounds for cautious optimism.

Also quite promising is the recently released evaluation of the Mentoring At-Risk Youth project, which was initiated by P/PV in 2007 and released this month by MDRC. This research includes the first multi-agency randomized controlled evaluation of the Big Brothers Big Sisters of America community-based mentoring program since the landmark PPV study of 1990. Researchers Carla Herrera, David DuBois, and Jean Grossman followed 1,310 youth who ranged in age from  8 to 15 and who were deemed “higher-risk” by virtue of either individual or environmental risk (or both). In the largest two programs, half the youth were assigned to a waitlist (controls) while the other half was matched right away. Across another five programs, all youth were provided with mentors and then compared to the control group of the random assignment portion. At 13 months, youth from the latter, quasi-experimental portion were doing better than the non-mentored youth: they had fewer depressive symptoms, greater acceptance by peers, more positive academic self-perceptions, and better grades. In the random assignment portion, mentored youth showed fewer depressive symptoms and were doing better on an aggregate measure of positive change.

Readers are urged to view the full or executive report. In the meantime, I’ll highlight a few findings from this study that were of particular interest.

First, there seems to be remarkable (and encouraging) consistency across these two studies, most notably regarding the effects of mentoring on symptoms of depression. Although depressive disorders (including both dysthymia and major depression) affect over 10% of children in the U.S., depression has not been the target of mentoring interventions. These findings suggest that mentoring may help reduce such symptoms–an important, yet unheralded contribution.

I also found it interesting that, in the Herrera et al study, match quality and length did not vary as a function of youth’s risk profile. What appeared to matter most to mentors was whether they were making a difference. Indeed, the two most common reasons for termination cited by mentors “not enough youth interest” and “youth did not seem to need a mentor.” Together, these two reasons accounted for half of all terminations. This is an important advance in our understanding of why some relationships fail–particularly in the context of previous research indicating that early terminating relationships may result in negative impacts. Since youth might not always show appreciation or share successes with their mentors, it is incumbent of program staff to provide mentors with frequent updates about mentees’ progress, no matter how seemingly small. This simple act could go a long way toward preventing early match closure. Additionally, this study highlights the importance of pre-match and ongoing training. As mentoring programs continue to expand, it is important to evaluate the training available to volunteers and to optimize training opportunities by incorporating evidence-based practices into the development and evaluation of training materials.

These are just a few of the many findings to be found in these two studies. I encourage you to read over the findings, as they provide both hope and guidance to our field, and take a moment to relish in some wonderful news for our field.

Webinar on Mentoring Youth Transitioning Out of Foster Care