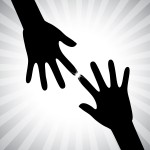 If you haven’t already read Chapter 5 of the new book, “Our Kids: The American Dream in Crisis”  you’re in for a big surprise. The author, Robert D. Putnam, is a Harvard sociology professor who made “social capital” a household word with his best seller, “Bowling Alone: The Collapse and Revival of American Community.”  This time he has turned his attention to class-based segregation and the widening opportunity gap between the young people in wealthier versus more impoverished communities.  To do so, he drew on data that were originally reported in MENTOR’s “The Mentoring Effect”.

This is a bit of a wake up call for those of us who have devoted so much of our careers to improving the quality and reach of formal mentoring programs.  We have been spending too much time under the street 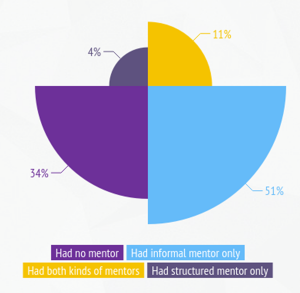 lamp, and would do well to turn our gazes toward the caring adults who have been there all along. Indeed, mentoring has never been the sole province of formal programs.  After-school programs, summer camps, competitive sports teams, religious youth groups, and other positive youth development programs have always represented rich contexts for the formation of strong inter-generational ties.  Adults in these settings are often afforded extended, ongoing opportunities to engage youths in the sorts of informal conversations and enjoyable activities that can give rise to close bonds.

On the face of it, these data can be taken to suggest that there are already plenty of caring adults out there and that young people are perfectly adept at enlisting them as mentors.  And, that would have been a fair conclusion, had Putnam not revealed another important trend.  In his re-analysis of MENTOR’s data by social class, Putnam showed that, by an uncomfortable margin, affluent youth were far more likely to have informal mentors.  Indeed, with the exception of extended family members (which Putnam characterizes as typically strong but not as helpful in supporting new pathways), youth in the top socioeconomic status (SES) quartile report dramatically more informal mentoring across every category of adult.  The implications of these large disparities are profound.  Caring non-family adults are vitally important, helping youth navigate their identity, and opening doors to educational and career paths.  Yet, as budgets for teachers and extracurricular activities shrink, it is the youth in the bottom income sectors that suffer the most.  No one institution—whether families, schools, church, or positive youth development programs—can completely compensate for the social isolation that disenfranchised children and adolescents are increasingly experiencing, and each institution is stretched by the limitations of the others.  Wealthier communities can supplement their diminishing availability with private sources of support, but not so for those who need them most. As Putnam observes:

If it takes a village to raise a child, the prognosis for American Children isn’t good: in recent years, villages all over America, rich and poor, have deteriorated as we’ve shirked collective responsibility for our kids. And most Americans don’t have the resources to replace collective provision with private provision.

This is the real mentoring gap—our nation’s most vulnerable youth have less access to caring adults outside their families, and fewer opportunities to engage with such adults through academic, community, and extracurricular activities.  To redress this gap, we can and should continue to expand the reach of formal mentoring programs. Indeed, although it is tempting to argue for a more caring society that would render formal one-on-one mentoring relationships unnecessary, it is a mistake to be anything less than vigilant in supporting a full array of resources for caring relationships with adults. This approach, however, is unlikely to ever keep pace with the widening mentoring gap.

Instead, researchers and practitioner are exploring new strategies to span this mentoring gap–most notably by empowering young people with the mindset and skills to identify and recruit caring adults from within their social networks. In a series of studies, my colleagues and I have demonstrated the efficacy of youth-initiated mentoring models.  This and other “connected mentoring” strategies can expand youth’s social networks and help them to make better use of the teachers, bosses, guidance counselors, clergy, and others that they encounter in their everyday lives.  Likewise, we are developing strategies to “stock the pond” –encouraging adults to approach everyday encounters with youth as opportunities for informal mentoring, and to support them with training that is grounded in research evidence.

Although more privileged youth and their parents have wider social networks, caring adults are out there, especially in schools. Unfortunately, many youth have neither the sense of entitlement nor the strategies to approach them.  Likewise, the adults who are in contact with youth do not always feel the moral imperative to serve as helpful guides. We need a campaign to mobilize adults to seek out opportunities to mentor the youth they encounter in their everyday lives. Research is also needed to refine and identify the strengths and challenges of these and other new approaches, and to evaluate their impacts.  By embracing such models, the field of youth mentoring has the potential to expand its reach and move towards a strength-based, empowering approach to promoting the well being of all youth.