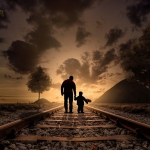 Introduction: (Reprinted from the Abstract)

This work assessed the efficacy of a middle-school-based mentoring program designed to increase student use of self-regulated learning (SRL) strategies, self-efficacy for and the perceived usefulness of SRL as well as mathematics and language achievement. A longitudinal cluster randomized trial study design obtained evidence that found differential effects of a school-based mentoring program. Specifically, the performance of 94 seventh grade students naturally nested within four classrooms was measured at baseline and after 3, 6, and 9 months. Two classrooms were each randomly assigned to treatment or control conditions. First, the results indicated that participation in the mentoring program led to significant improvements with regard to all the dependent variables after the 9-month intervention, and significant effects had been observed at 6 months for some variables. Second, the program appears to play a more important role for SRL variables compared with academic variables. Third, the effect sizes were small, small-medium, or medium depending on academic mentoring, the type of variable used to assess the efficacy of the program, or the level of analysis considered, respectively. The effect size of this intervention was equal to or greater than those reported in prior studies. In conclusion, our findings underline the importance of academic mentoring programs that practice SRL strategies and emphasize the relevance of using study designs that provide both cross-sectional and longitudinal data

Implications: (Reprinted from the Discussion)

Our findings suggest that the mentoring program was effective. Students who participated in the academic mentoring program increased their SRL competences to meet school demands better than students from the comparison group. These data are in line with the findings of other investigators (e.g., Allen, Eby, Poteet, Lentz, & Lima, 2004; DuBois & Karcher, 2005; DuBois et al., 2002; Eby et al., 2008; Hansen, 2007; Johnson, 2007; Rhodes & DuBois, 2008). Although the interventions in the majority of previous studies (e.g., Eby et al., 2008; Herrera, Grossman, Kauh, Feldman, & McMaken, 2007) have had relatively small (or very small) effect size, the effect size of academic mentoring in our study were small, small-medium, or medium depending on the duration of this mentoring program, the variable used to assess the efficacy of the program, and the level of analysis considered, respectively.

When considering the five dependent variables simultaneously, our findings show that differences between the mentoring and comparison groups were small after 3 months of implementation (Table 5, T1–T2, g2 p = .031); the effect size was medium after 6 months (Table 5, T1–T3, g2 p = .089); and the effect size was large after 9 months (Table 5, T1–T4, g2 p = .203). Therefore, the effectiveness of academic mentoring depends on the measurement time after the program is implemented. These results have important implications not only for future meta-analyses but also with regard to educator and school administrator decisions and policies concerning the design and implementation of effective classroom interventions.

According to the worrisome results regarding the grade retention of the Organization for Economic Co-operation and Development (OECD, Eurydice, 2011), many middle school teachers in Spain and Portugal frequently report that many of their students do not master the competences needed to apply SRL. For example, students have difficulty paying attention, avoiding distractions and focusing on the task; they cannot organize and interpret written information; they do not display much skill when writing outlines; and they lack volition. Nevertheless, teachers and students consider that these competences are essential for successful learning. Therefore, middle school educators and administrators should increase the number of programs that improve these types of skills and strategies (Cleary & Zimmerman, 2004; Dignath et al., 2008; Simpson, Hynd, Nist, & Burrel, 1997). If these programs take the form of academic mentoring, then our work can contribute to many guidelines. Boekaerts and Corno (2005) suggest for preventive interventions to be urgently developed in class to increase students’ arrays of learning strategies and metacognitive skills in order to enable them to interpret school demands from a self-regulatory framework. The SRL contents discussed throughout our program (e.g., Testas’s story-tool) met students’ expectations and immediate academic challenges (e.g., time management, procrastination, note taking, academic distracters, and goal setting). This sense of usefulness might have increased students’ agent role in the learning process as well.