Warning: Undefined array key "subscription" in /home/evidence/www/www/wp-content/plugins/cookie-notice/cookie-notice.php on line 296
 The friendship crisis: Why are boys so lonely and violent? – The Chronicle of Evidence-Based Mentoring 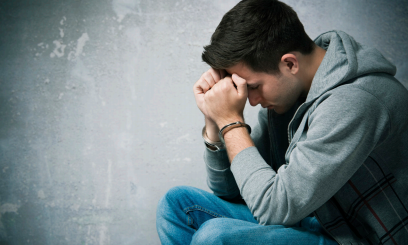 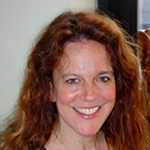 Elliot Rodgers, 22, killed himself and six people near the campus of the University of California Santa Barbara last month because he wanted to take revenge on “humanity” for his “loneliness, rejection, and unfilled desire.”

In the few weeks since that occurred, there have been additional violent acts in schools across the country. On average, there are 1.37 school shootings each week of the school year. Overwhelmingly, these acts are perpetrated by isolated and angry young men.

While there’s a lot of talk about the need for tighter gun control and better treatment of the mentally ill, the roots of this horrifying trend go much deeper. Our culture prizes independence over human connection. It devalues and even discourages close friendships, particularly among boys and men. And our definitions of manhood emphasize aggression, toughness and rugged individualism at the expense of girls, women and relationships.

We know these aspects of our culture lie at the root of the problem not only because killers, like Rodgers, tell us so in their journals and media postings. The science has also been telling us so for decades. We simply aren’t paying attention.

Neuroscientists, developmental psychologists, evolutionary anthropologists, primatologists and health researchers agree: Humans need and want close relationships, including friendships, and when they don’t have them, there are serious physical and mental health consequences.

Social isolation weakens our immune system and makes us more susceptible to diseases like Alzheimers, diabetes, high blood pressure, heart disease and cancer — and to death. Individuals with strong social networks have a 91 percent greater likelihood of survival compared to those with weak social networks. The risk of death for those with weak social networks are comparable with well-established risk factors like smoking and excessive alcohol consumption. They exceed the influence of other risk factors such as physical inactivity and obesity.

Furthermore, the hundreds of adolescent boys in my research over the past 20 years make the direct link between not having close friendships — friendships in which deep secrets are shared — and going “wacko,” committing suicide, doing drugs and “taking it out on others.” Isolation, the boys report, makes them feel inadequate, envious of others with better connections, and angry. This, in turn, leads them to thoughts of self- and other-directed violence.

And while over 85 percent of the boys in my studies report that they have or want emotionally intimate male friendships, they also describe having difficulties, particularly during late adolescence, finding friends whom they can trust. They report feeling pressure to “man up,” and fear that expressing their desires for close male friendships will make them look “girly or gay.”

Just at the age of 15 to 16 years old, when, according to my research, boys begin to lose their close male friendships, the suicide rate for boys in the United States increases dramatically — to five times the rate for girls. Similar to girls and women, boys want and need close friendships and strong social networks to thrive. Our social connections are not simply feel-good issues; they are life-or-death issues.

Yet we, Americans, live in a “me, myself, and I” culture. We tell our children not to worry about what others think or feel, to rely on themselves and not trust others. We encourage them to separate from their loved ones in the name of maturity and, for boys, in the name of manhood. We implore our boys not to be “like a girl,” which is ironic, of course, because when boys do indeed “act like girls,” they often have close male friendships and are less likely to pick up a gun and shoot people.

The data also suggest that our self-obsession and isolation are increasing. Jean Twenge, Keith Campbell and Brittany Gentile find, in their study of pronoun use in the Google Books database of 766,513 American books published between the years of 1960-2008, that the use of first person plural pronouns (e.g., we, us) decreased 10 percent while the first person singular pronouns (I, me) increased 42 percent, beginning in 1984. The American Sociological Review reports that the number of close friends for adults is declining, with the modal number of close friendship in 1985 being three, while in 2004 the modal number was zero. The percentage of adults who report having no close friends at all has increased from 36 percent in 1985 to 53.4 percent by 2004.

So what’s the solution? Melinda Gates urged young people in a commencement speech to solve the problem of our growing disconnection by “deeply connecting” to others, to “see their humanity first — the one big thing that makes them the same as you, instead of the many things that make them different from you.” Martin Luther King Jr. made a similar call in 1965: “What we are facing today is the fact that through our scientific and technological genius we’ve made of this world a neighborhood. And now through our moral and ethical commitment we must make of it a brotherhood.”

The solution lies in our willingness to make a  “moral and ethical commitment” for a brotherhood, a sisterhood and a more humane community in which having high-quality relationships, including friendships, become core components of our definitions of maturity and manhood and where our common humanity is recognized and nurtured.

We need to create a culture, in other words, where the “we” becomes more important than the “me.” Then we will have tighter gun-control laws, better care for the mentally ill, less loneliness, alienation and violence. And we will have achieved the dream that so many of our religious, political and social leaders have had for a very long time.