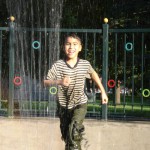 Early into my research career, I stumbled onto an intriguing finding. In the late 1980s, Chicago had been swept into the worst crack epidemic in American history. I was working on my dissertation in a high school, hoping to uncover the strategies that a small fraction of students were using to resist the overwhelming social and economic pressures to join the drug culture. Despite its allure, there remained some students who managed to keep a safe distance—their hearts and minds determined and fixed on finishing high school and accomplishing more. Almost without exception, these so-called ‘resilient’ youth had forged an important relationship with a caring non-parent adult. Sometimes this adult was an aunt or grandparent; in other cases it was coach, neighbor, coach or teacher. In all cases, this adult believed in and cared deeply about the youngster, who drew on the relationship to resist problems and achieve goals. It opened that, in some cases, such adults might be trained in basic helping skills to become even more effective.

This finding fit with a rich body of research on “protective factors,” as well as those of the late Emory Cowen, a psychologist who trained hair dressers, bartenders, cab drivers and others to serve as ‘paraprofessional’ helpers. They also fit with a landmark meta-analysis that had been conducted a decade earlier. In the meta-analysis, community psychologist Joseph Durlak  showed that trained paraprofessionals could achieve clinical outcomes that were equal to or even better than those obtained by trained professionals. “In terms of measurable outcome,” Durlak (1979, p. 80) concluded, “professionals may not possess demonstrably superior clinical skills when compared with paraprofessionals. Moreover, professional mental health education, training, and experience do not appear to be necessary prerequisites for an effective helping person.” More recently, home visiting programs using nurses or mental health professionals as providers were not significantly more effective than were programs using trained paraprofessionals (Neivar, Van Egeren, & Pollard, 2010). The ability to connect with the family may be independent of an advanced degree; yet, the combination of education and authority may carry some stigma.” In other words, non-professionals may be even be  preferable to professionals. But there’s a catch. It really does appear that some training can be useful. All relationships are complicated, and if we want mentors and paraprofessionals to sustain them, they need to understand what works and have the training skills to implement best practices. Coaches, teachers, after school staff and others are in prime positions to serve as everyday natural mentors.

Yet, in the absence of an intentional approach and training in evidence-based practices, the potential of these caring adults to forge meaningful connections with youth may not be fully realized. Findings of a recent meta-analysis, as well as a growing body of peer-reviewed research, point toward particular practices that can dramatically raise  the effects of youth mentoring. Likewise, researchers have identified factors that lead to higher quality youth-adult relationships, including mutual respect, trust, empathy, and effective conflict resolution. Teachers and other adults who are not trained in best practice and on the realities of youth development and effective relationship building may squander important “mentoring moments.” More generally, research has suggested that difficulties in adult-youth relationship in schools and other youth settings can arise from three major failings: the misuse of power (e.g., humiliation); inappropriate boundaries, (e.g., breaching confidentiality); and communication breakdowns (e.g., breaking commitments). With training, those problems can be prevented.

Even adults who are fully unaware of their potential role, and are intuitively adept at forging ties, can benefit from training and support around relationship development. Unfortunately, because mentoring is typically seen as an important byproduct, but not central component of many youth worker’s roles, staff are rarely provided with in-depth training. Years of research in the laboratory of youth mentoring has shown us what it takes to build strong adult-youth ties. It’s time to share this knowledge with adults who are working with our nation’s children everywhere.

P.S. With support from the Thrive Foundation, we are working on a comprehensive online resource for natural mentors, through which they can obtain empirically-based advice and strategies to manage common issues. Also, check out the excellent work of Mentoring Central and the Mentoring Partnership of Southwestern PA (TMP) on this topic.