By Tara Kuther, Society for Research on Adolescence 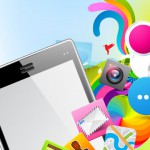 Adolescents rely on text messaging to communicate with their friends more than any other form of contact, including face-to-face interaction. Most research to date on text messaging has relied on self-report surveys.  Underwood and colleagues conducted a naturalistic study of text messaging in 172 14-year old adolescents who were participants in a 5 year longitudinal study of adjustment. During the summer prior to 9th grade, the teens completed measures of internalizing symptoms and were provided with BlackBerry devices with paid service plans, unlimited texting, and data plans providing direct access to the internet. They were encouraged to use the device as their primary cell phone. At the end of the 9th grade year they completed additional measures of depression and somatic complaints, such as feeling overtired or having headaches, aches and pains, or an upset stomach.

A sample of texts from two 2-day periods separated by 4 months (homecoming at the beginning of the 9th grade school year and Valentine’s Day) were coded by time, sender, and content.  The majority of communications were with friends (70%) followed by romantic partners (21%).  Girls sent more text messages than boys.  The majority of texts (77%) contained positive or neutral messages (for example, “My mom is going to pick me up at 7” or “Tina was telling all the girls how you looked”).  Adolescents who sent more texts tended to show more somatic complaints at the end of 9th grade. Those who sent frequent text messages containing negative content (such as, “You’re so lame,” or “Tim’s really stupid”) were more likely to show symptoms of depression and physical complaints at the end of 9th grade. Less than 2% of all messages concerned sex (“sexting”). Girls who engaged in sexting reported more somatic complaints and depression symptoms than their peers, yet the opposite was true for boys, for whom sexting was associated with lower rates of somatic complaints and depression symptoms, relative to their peers. These results suggest that text messaging is a form of peer communication that is associated with physical and emotional well-being.

Short Course on Youth Mentoring in the Digital Age