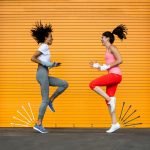 One area where youth in the foster care system face a deficit is in their accrual of social capital, or the resources provided by relationships which aid in an individual’s growth and adjustment over time. This can include a connection to finding a new job, or having someone you can rely on when you are struggling emotionally.

For youth outside of the foster care system, parents or guardians typically take on this role initially and the process can start early in childhood.  The lives of youth in foster care can be much more unsettled, leaving them bereft of connections and social support relative to their peers. However, important non-parental adults can act as natural mentors for youth in foster care to potentially offset some of these challenges.

The present study sought to investigate the specific qualities and characteristics of naturally-occurring relationships of youth emancipating out of the foster care system. This includes both the type of individuals youth were identifying as natural mentors and details on the development of that relationship over time. The authors also included a subsample of natural mentors to add further context to the findings.

Participants were part of a four-year longitudinal study of randomly selected youth in the Los Angeles County foster care system (N = 99). The data for the present study was pulled from the third wave of data collection, two years after the initial baseline assessment. All participants were at least age 17 at baseline. Of those non-parental adults (or “VIPs”, as the authors described them) who were nominated by the youth participating in the study, 61 were recruited for participation in the study.

Youth completed a survey and a semi-structured interview as part of their participation in the larger, longitudinal parent study, and that data was used for the present research. VIPs completed a 15-minute interview.

Youth were asked to rate the overall importance of their relationship to their VIP, and provided responses to questions such as the number of times they met with their VIP, whether their VIP was known to their peer friend group, and whether the VIP was like a parent or guardian to them.

VIPs were asked about their familiarity with the participants’ friends and peers, their sense of the importance of the relationship, and whether they would consider their relationship to be parent-like.

When asked about how well their VIP knew their peer and friend groups, 70% of participants indicated that their VIP knew their social circles either pretty well or very well. Further, 89% of participants rated their relationship to their VIP as either very important or truly key. More than half (56%) were in contact with their VIP nearly every day. Interestingly 86% also indicated that they considered their VIP relationship to be a parent-like one.

From the youth semi-structured interviews, three themes emerged that described their relationship to their VIPs: 1) positive relationships, which reflected the nature of the bond between the two; 2) Supportive VIPs, which highlighted the role VIPs played in supporting youth as they transitioned out of foster care; 3) Benefits to the youth – which described the positive effects of the relationship, including both instrumental and more developmental pathways (e.g. “helped me grow as a person”).

The VIPs’ responses during their interviews fell into three themes: 1) Outlooks for the youth – which included their concerns for the youth, the youths’ lives without the VIP, and the VIPs’ goals for the youth; 2) Strengthening the connection – three main types of interactions were described as being the best at strengthening the youth-VIP relationship (giving advice, conversations with the youth, and activities with the VIP’s family); 3) Youths’ well-being – this theme covered a number of different areas from global well-being to areas where the youth was not doing so well (e.g. school attendance).

While the study did not investigate specific outcomes for the youth participants (e.g. education, job status, physical/mental health), the results identified that mentors are valued as a positive bridge between the foster care system and life as an adult by youth transitioning out of that system. This was supported by the youths’ ratings of when their VIP became important to them; for the majority of participants it was during times of transition, whether that was into and through high school or out of the foster care system as an emancipated adult. This can serve as insight for programs seeking ideal time points to intervene with youth in the foster care system via mentoring.

This study also highlights the meaningful impact a quality adult-youth relationship can have for vulnerable youth such as those aging out of the foster care system in modeling a supportive relationship and as a space to learn and practice positive interpersonal skills. For programs seeking to learn more about the latest research, the National Mentoring Resource Center has a review of the literature on this subject, webinars, as well as evaluations of programs targeting youth in foster care.

That said, however, such a relationship is not without risks, particularly in a formal mentoring arrangement. Early termination in such matches can end up leaving the youth worse off than they were before the mentoring relationship began. That fact, coupled with the complex challenges facing at-risk youth like those in the foster care system and their mentors, can put any match at greater risk of ending early. So you have a more vulnerable population with complexities that make it more likely that matches end prematurely.

However, acknowledging this risk is not the same thing as treating it as an inevitability. Mentoring with youth in foster care can be and is successful with the proper training, engagement, and match support. 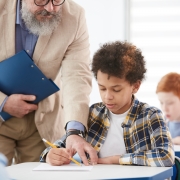