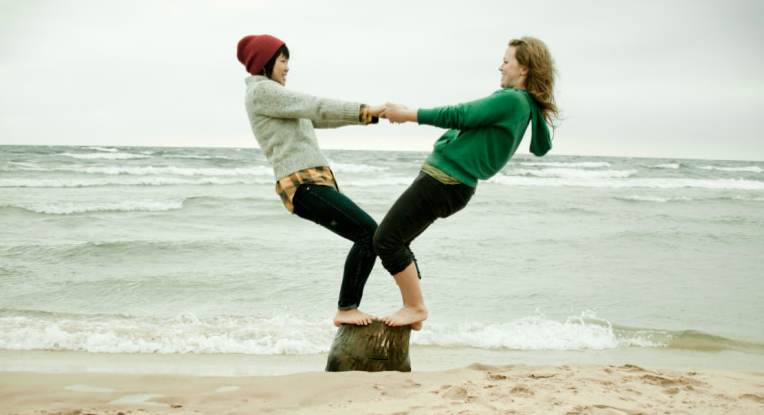 “In fact,” says Cheryl Carmichael, the study’s lead author, who conducted the research as a PhD candidate in psychology at the University of Rochester, “having few social connections is equivalent to tobacco use, and it’s higher than for those who drink excessive amounts of alcohol, or who suffer from obesity.”

The new 30-year longitudinal study, which appears in Psychology and Aging, shows that the frequent social interactions that take place at age 20 were beneficial later in life because they help us to figure out who we are, the researchers says.

“It’s often around this age that we meet people from diverse backgrounds, with opinions and values that are different from our own, and we learn how to best manage those differences,” says Carmichael.

Surprisingly, having a high number of social interactions at age 30 has no psychosocial benefits later on. However, 30 year olds who reported having quality relationships—defined as intimate and satisfying—also reported high levels of well-being at midlife. In fact, meaningful social engagement was beneficial at any age, but more so at age 30 than at age 20.

The researchers were also surprised to find that socially active 20-year-olds did not necessarily become successful at having quality relationships at age 30, when quality social engagement appears to start having the greatest impact later in life.

For the study, Carmichael contacted individuals who, as 20-year-old college students in the 1970s, and again ten years later, participated in the Rochester-Interaction Record (RIR) study. The RIR is one of several social interaction studies conducted by then Rochester psychologists Ladd Wheeler, John Nezlek, and Harry Reis, who is currently a professor of psychology at the University of Rochester and one of the coauthors of this study. Of the 222 participants, Carmichael was able to follow up with 133 participants.

At ages 20 and 30, the participants tracked their daily social interactions in diaries. Encounters lasting 10 minutes or more were rated as to how intimate, pleasant, and satisfying each exchange was. Twenty-years since their last diary entry, Carmichael asked the now 50-year-olds to fill out an online survey about the quality of their social lives and emotional well-being at midlife. They were asked about loneliness and depression, as well as the quality of their relationships with close friends.

The RIR was the first so-called “diary” technique used to examine social activity as it occurs spontaneously in everyday life. Diary methods, developed at the University and elsewhere, are now used widely to study social behavior. The value of the method is that it lessens the impact of flawed recollection and other forms of bias on the reports that people provide.

“Considering everything else that goes on in life over those 30 years—marriage, raising a family, and building a career—it is extraordinary that there appears to be a relationship between the kinds of interactions college students and young adults have and their emotional health later in life,” says Carmichael, who is now an assistant professor of psychology at Brooklyn College.

“It would be interesting to see if beneficial social activity during college years and early on in adulthood continues to have an effect, in terms of longevity, mortality, and other specific health outcomes as these participants get older,” Carmichael adds. “I would absolutely love to keep following these people.”