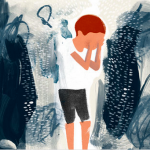 Posted in the New York Times

Recently, I reported on the damaging effects that prolonged stress can have on young children who lack adequate protection from adults. Over the past 15 years, researchers have learned that highly stressful — and potentially traumatic — childhood experiences are more prevalent than previously understood. Now scientists are shedding light on the mechanisms by which they change the brain and body. These insights have far-reaching implications for schools, where it’s still standard practice to punish children for misbehavior that they often do not know how to control. This is comparable to punishing a child for having a seizure; it adds to the suffering and makes matters worse.

What good are the best teachers or schools if the most vulnerable kids feel so unsafe that they are unavailable to learn?

Thankfully, some places are getting smarter. “The hot spots in education are Massachusetts and Washington State,” explains Jane Stevens, a health and science journalist who edits ACES Too High, an excellent website containing a wealth of information about “adverse childhood experiences” (ACEs) and the effects of stress and trauma on children. “Educators understand that the behavior of children who act out is not willful or defiant, but is in fact a normal response to toxic stress. And the way to help children is to create an environment in which they feel safe and can build resilience.”

This is not a small issue in education. A great many students come to school with emotional and behavioral difficulties that pose serious barriers to their learning. In a study (pdf) of 2,100 elementary students in 10 schools in Spokane, Wash., for example, researchers from Washington State University found that more than 20 percent had two or more ACEs (experiences that include having been homeless, witnessing domestic violence or having a parent who uses drugs or is incarcerated). Compared with children with no known stresses, these kids are two to four times more likely to have problems with attendance, behavior, academics and health. As the number of ACEs increase, the students fare considerably worse on all counts.

“When kids have undergone a lot of adversity, it changes how they respond to people and challenges in their environment, including very simple things that we might not think about — like how many transitions you ask them to do before lunch,” explains Chris Blodgett, a clinical psychologist who directs the CLEAR Trauma Center at Washington State University(pdf). “For traumatized people, changes are encoded largely as danger.”

When a child violates rules or expectations, the standard response is to try to reason with the child or use punishment, he added. “What the science tells us about how stressed brains react to change, loss or threat is that children will often violate rules because they feel profoundly out of control. It’s a survival reaction and it may actually be intended to control the situation.”

What good are the best teachers or schools if the most vulnerable kids feel so unsafe that they are unavailable to learn? How far can education reforms take us when schools can’t manage the behavior problems of many early graders or preschoolers — as indicated by the crisis of school suspensions and preschool expulsions? (Suspension rates have risen dramatically since the 1970s, particularly among minority children.)

Blodgett and his colleagues have been helping educators in 20 schools across Washington to make use of the emerging research on trauma. One of their partners is the Whitman Elementary School, in Spokane. “We serve a high impact population with lots of needs,” explained Beverly Lund, the school’s principal. “We started dabbling with the idea of learning about trauma, and the more we got into it, the more we realized we had to significantly change the way we’re relating to kids.”

To do it well meant making sure that everyone in the school community — teachers, cafeteria workers, playground monitors, office staff, even bus drivers — understood the effects of trauma on children, Lund said. It meant helping teachers move away from reflexive discipline and toward responses that help kids learn how to calm themselves.

“This week we had a little guy in second grade who had a horrible tantrum,” recalled Lund, who has been a principal for 25 years. “He hit his teacher, took a swing at me and threw my stuffed animals all around my office. I said: ‘Wow, you look like you’re really upset. Would you like that stuffed animal?’ ‘No!’ But he pulled the animals around himself and took a nap.”

Lund was familiar with the child’s family circumstances and the likely causes of his behavior. “In the past, I would have called the parent,” she said. “But it can be more traumatizing for kids to be picked up from school.” And it’s important for kids to learn that they can pull themselves together and get back to learning. “These kids best hope is to get a good education, so we want them in the classroom, and we want them to trust us.”

Blodgett is now conducting an impact study of the CLEAR Center’s work with schools which will be made public in the spring. Participating schools report significant decreases in office referrals and suspensions, and teachers report increases in both their morale and sense of efficacy dealing with vulnerable kids.

Across the country, in Brockton, Mass., just south of Boston, the process and experience have been similar. Six years ago at the Angelo Elementary School, the principal Ryan Powers and the assistant principal Elizabeth Barry connected with the Trauma and Learning Policy Initiative (T.L.P.I.), a collaboration of Massachusetts Advocates for Children and Harvard Law School, to learn how they could improve their interactions with students. They encouraged teachers to read T.L.P.I.’s book “Helping Traumatized Children Learn,” which has been downloaded 50,000 times. (The follow-up book, “Creating and Advocating for Trauma-Sensitive Schools,” is being released this week.)

Powers began by organizing a Saturday workshop so the school staff could learn about childhood trauma. One of the presenters was Edward G. Jacoubs, from the Plymouth County district attorney’s office. “There was a jaw dropping moment when Ed overlayed the map of the Brockton School District with maps of gun violence and drug offenses,” recalled Powers. “Everyone realized, ‘Wow, this is what our kids are seeing,’ and the staff asked, ‘What can we do?’”

They formed a team, dove into the research, assessed their current responses, and began implementing changes in line with the recommendations. “We created choices in the classroom for kids if they felt their emotions were starting to get the best of them,” Powers said. “They could put on headphones, listen to some classical music, sit on a bean bag chair, take a break, go for a walk.” Teachers started paying more attention to the way they spoke to children. They began the day by greeting every child — by name or a handshake or a touch on the shoulder. They made the first morning session to be about about community building. They made efforts to reduce the number of transitions and communicate clearly, so changes would be predictable.

“This is about changing the whole school environment,” explained Susan Cole, a former special education teacher who directs the Trauma and Learning Policy Initiative. “You can have a great trauma-sensitive classroom, but if the child goes into the hall or cafeteria and gets yelled at, he can get retriggered. It’s about creating a common context that keeps kids feeling safe.”

It’s also about helping teachers to understand the learning obstacles faced by children who have experienced severe stress. “When you come from a home that is very disorganized, sequence and cause and effect can be thrown off,” explained Cole. “This affects language development, memory and concentration. When teachers recognize this, it comes as a relief. Finally the scientists are explaining what they’ve seen firsthand! But it’s also a tender moment. The question is: ‘What do I do?’”

One big thing is to help children become aware of their bodies, said Emily Cooley, a special-education teacher who works with Powers at his new position as principal of the Mary E. Baker Elementary School in Brockton. “One of my students has three pictures on his desk: a mail box, a snack and a bean bag chair. If this boy is not feeling in his body that he can be in class, he knows he can pick up one of the pictures and go get my mail in the office, get a crunchy snack, or take a break in the bean bag chair.” (Bean bag chairs and bubbles seem to be particularly helpful to young kids.)

“It’s not to avoid tasks,” she added. “It’s so he can calm himself and be here physically and mentally — so we can work on the academics. Little things like this can really have a big impact on children.”

Elizabeth Barry, who is now the executive director of K-8 learning and teaching for the Brockton school district, says the changes have significantly improved learning time and school climate. At the Baker school, after two years, office referrals are down 75 percent from the baseline. “That’s the number that I find most meaningful,” she said. “When teachers are less inclined to send a child to the office, it speaks to their capacity and commitment to support all children socially, emotionally, behaviorally and academically.”

These ideas are beginning to take hold, but practice still lags well behind knowledge. The Massachusetts state legislature is now reviewing a bill that would require all schools in the state to create “safe and supportive” environments (pdf) drawing on trauma research. In other parts of the country, there are notable bright spots. The Crittenton Children’s Center, based in Kansas City, Mo., has shown impressive results with its Head Start — Trauma Smart program, which is expanding in Missouri and Kansas. In Philadelphia, the Institute for Safe Families has launched a citywide task force to focus on responses to trauma in pediatric settings. Jane Stevens has tracked interesting developments in San Diego and Tarpon Springs, Fla., and other places. I’ll be be revisiting this story (and reporting on the Head Start example above, which is particularly compelling) – so please send in any recommendations you have for follow up.

Making sure that schools and other social services are sensitized in these ways is not just about assisting those children who have endured extreme stress. It’s not just about helping them get through school, either. It’s about taking care of everyone. Just as we send a powerful message about our values when we make accommodations for people with disabilities, schools send powerful messages by the way they treat children whose behavior falls outside the normal bounds. They can mete out punishment in ways that reinforce judgments and hierarchies and perpetuate crises – or respond by deepening the understanding about others and building supportive communities.

This isn’t soft-headed thinking; it’s the only approach that makes any sense.

Decorated veteran talks about new role in supporting the next generation