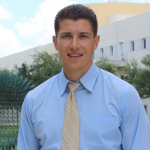 Dr. Miguel Villodas is an Assistant professor at San Diego State University. His work focused on children and adolescents who are at-risk for child abuse and neglect, and/or are living in an under-resourced environment, as well as among at-risk ethnic minority youth. He conducts research on the development, adaptation, implementation, and dissemination of evidence-based psychosocial intervention strategies to promote physical, academic, social, and emotional well-being among diverse children and adolescents, as well as their families. 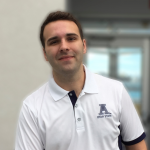 Mr. Alejandro Vázquez is a doctoral student in the Combined Clinical/Counseling Psychology program at Utah State University. His research interests include: Culturally adapted parenting interventions for prevention of adolescent substance use, risk and resilience among multicultural youth exposed to adversity, and mental health care service utilization among multicultural population.

Chronicle (C): What made you consider mentoring programs as an alternative to mental health treatment?

Dr. Miguel Villodas (MV): During my graduate training in Clinical Psychology, I served as a mentor to a number of youth through the San Diego County Foster Youth Mentoring program. The experiences I had as a mentor were extremely influential in my perspective of the services typically provided to youth at risk for placement in foster care. While several of the youth I mentored were referred to mental health counseling services, they either did not attend regularly or disclosed to me that they were not honest with their therapists because they were afraid that their disclosures in therapy could interfere with their reunification with their families. Some of the youth mentioned that their caregivers had instructed them to be less forthcoming about their current emotional and behavioral functioning. Unfortunately, several of the other youth were never referred for mental health counseling, despite experiencing impairments associated with their emotional and behavioral functioning. I was working on the Longitudinal Studies of Child Abuse Neglect and became interested in the service utilization measures that we were administering to youth, which included youth mentoring services. Several years later, I continued working with data from this study as a faculty member. Mr. Vazques was working in my lab and approached me with an idea to explore preferences for alternative mental health service modalities among ethnic/racial minorities given his similar observations of low engagement in traditional mental health services among ethnic/racial minority populations.

Mr. Alejandro Vázquez (AV): I conducted a literature review and found that previous research suggested that Black and Latinx caregivers may prefer less formal intervention formats and may view formal mental health services as potentially stigmatizing. We wondered if these preferences were also influenced by caregivers’ responses to specific forms of youth psychopathology (i.e., internalizing, externalizing). Thus, we initially sought to determine whether Black and Latinx caregivers may prefer less formal treatment formats (i.e., mentoring, parenting classes) for different forms of youth psychopathology. However, our sample of Latinx caregivers was too small to yield stable results. It will be important for researchers to explore the mental health treatment preferences of these caregivers as well.

C: Given that Black caregivers see mentoring programs as a viable alternative to mental health professionals, is there a way that they could be improved to address this need?

AV: Our findings support systematically integrating evidence-based intervention strategies into youth mentoring programs for at-risk Black families, as it seems families are more likely to report a need for these programs and are less likely to report a need for traditional mental health counseling. While it is clear that the integration of such strategies would have to be systematic to ensure the provision of quality services, the best way to approach this is unclear. Additional research that explores the resources, training, monitoring, format, and capacities of existing mentoring programs is needed to determine the needs of programs and the communities they serve, and to determine how evidence-based strategies may be best integrated within the existing program infrastructures.

MV: There is wide variability in the needs of different communities and it is always essential to start by partnering with communities to assess their specific needs and strengths. Although Black caregivers were more likely to report needing mentoring programs, they were not more likely to use them. It is possible that this reflects the lack of availability of or access to these programs in their communities. There is also variability in the structure and capacity of programs that are available in different communities. Considering both the capacities of the existing programs and the community-specific needs and strengths will be crucial to maximizing the impact of mentoring programs.

C: You mention evidence-based treatment, but many mentoring programs (like Big Brothers Big Sisters) are not geared up to train volunteers with fidelity to address the full range of internalizing and externalizing disorders that youth present with. What should they do? Make referrals? Partner with them in treatment with a professional or paraprofessional? Can you see a role of mental health professionals within mentoring programs?

AV: This is a great question! We should be clear that our intention is not to equate mentoring programs with evidence-based treatment for mental health disorders. Instead, our recommendation is to integrate evidence-based intervention strategies or components of evidence-based treatments that been shown to be helpful into existing programs. Certainly, training volunteers to carry out evidence-based treatments with fidelity would present a number of logistical and ethical challenges. However, researchers may have an exciting opportunity to engage mentorship programs in the process of identifying potential strategies that may be most suitable and feasible within these  support programs. For example, mentors could complete training in evidence-based communication strategies that promote a supportive, safe relationship for youth from at-risk environments. Trauma-informed care training could also be helpful for recognizing the emotional and behavioral reactions of youth who have been victimized and responding to them appropriately.

MV: In my experience as a mentor for youth in the foster care system, I was often invited to official placement planning meetings by the youths’ social workers. I was asked for my perspectives about the youth’s functioning, environments, etc. However, I was always aware that I was not functioning in a professional capacity and that it was beyond my role to provide the evidence-based treatment in which I had been trained. That being said, my training in evidence-based intervention strategies was helpful for engaging the youth, their families, their foster caregivers, and their social workers in collaborative relationships. While I did not consult directly with their mental health services providers, it is plausible that this could have been useful if the appropriate consents were obtained. I could envision a potential role in which youth mentoring programs integrate supervision and support from mental health professionals and even services from mental health para-professionals who are trained in evidence-based strategies. In most cases though, training volunteers to recognize potential challenges for youth and respectfully encouraging families to pursue appropriate services would likely be sufficient. While it is true that many programs are not equipped to train volunteers extensively, I learned through conversations with other mentors that there is a need to equip volunteers with even basic skills in trauma-informed strategies for behavior and crisis management.

C: Any other thoughts re implications of your findings for mentoring practitioners and researchers?

AV: Further research is needed to determine whether tailoring evidence-based strategies within a mentorship program format is feasible and effective for increasing engagement and producing positive treatment outcomes. We also encourage researchers to replicate our findings as few studies have examined service preferences among ethnically/diverse caregivers.

MV: Yes, it is crucial that research building on these findings further explores the preferences for services among diverse families and communities. Each community is unique. Although the data that we analyzed were from communities within four major cities and five distinct regions of the U.S., the specific needs, strengths, and preferences of each community should be considered in the development of programs that intend to serve its residents. 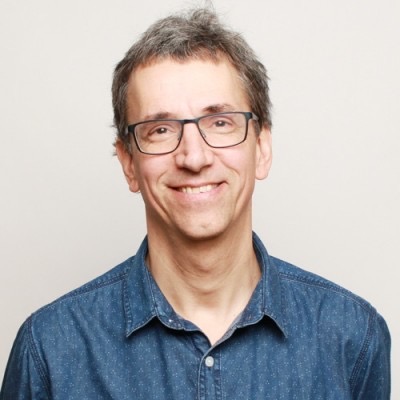 Profiles in mentoring: Simon Larose on mentoring at the college level

On Methods: What’s a meta-analysis, anyways? 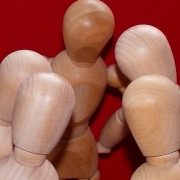