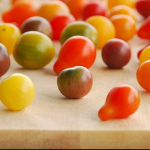 In 2006, David DuBois and I wrote a report about the state of mentoring in which we likened aspects of the mentoring movement to supermarket tomatoes. As we argued, the field’s expansive growth goals in the 1990’s and early 2000’s had moved youth mentoring toward a mass production approach. That is, in an effort to meet aggressive growth and expansion goals (e.g., X number of new matches by such and such a date), programs began to champion untested innovations and models and, contrary to recommendations, relaxed minimum volunteer screening, commitment, and training requirements. Indeed, data from our meta-analysis revealed relatively little evidence of a trend toward greater prevalence of use of evidence-based practices across the decade encompassed by the review (DuBois et al., 2012). Moreover, despite the growing availability of evidence-based programs and resources, many programs continued to draw on untested trainings, webinars, and resources that leave the consumers to determine their merits. As we noted:“By way of analogy, we are reminded of the supermarket tomato which, when bred for cost efficient and expansive transport, retains notably less of its original nutritional, esthetic, and gustatory qualities.”

Nearly 10 years later, however, there are many promising signs that the field is expanding with an eye toward high quality relationships and evidence-based practice.  Big Brothers Big Sisters of America, for example, has embraced enhanced models that include longer-lasting relationships and additional match support and countless other programs have shown similar signs.  Indeed, bringing an intervention to scale while retaining fidelity is costly and challenging, but it can be done. An excellent example from retail is Apple, which has experienced rapid expansion while maintaining high levels of  quality and customer satisfaction.

A key to this in the field of mentoring is ample investment into training, match support, and program infrastructure and close alignment between evidence and practice. As we move increasingly toward a shared vision of excellence, along with a commitment to scientifically-informed guidance and support, we are finding that exciting ways to advance the practice of mentoring. For example, researchers are increasingly converging on a core set of practices that, when faithfully applied, can yield dramatically larger effects. Likewise, organizations like the Office of Juvenile Justice and Delinquency Prevention (OJJDP) have worked to incentivize practitioners toward greater adherence to evidence-based practice. Moreover, researchers need to be more attuned to the everyday needs and constraints of practitioners and local settings.

Until fairly recently, it has been rare for researchers to seek input directly from practitioners regarding what questions they would like researchers to address.  Findings are often reported in ways that are decontextualized, leaving practitioners to determine their relevance and application. By including practitioner input we will increase the production of useful findings, and also the uptake of evidence-based practices. The mentoring field is ripe for such collaboration, and has already made notable strides in this regard. MENTOR’s National Mentoring Resource Center and Center for Evidence-Based Mentoring, the Center for Interdisciplinary Mentoring Research, the Collaborative Mentoring Webinar Series, the Short Course Series, and, of course, the Chronicle of Evidence-Based Mentoring exemplify the important alliances that are being forged and foreshadow a new generation of programs that better align quality and program expansion.

Why we study: Confessions of a mentoring researcher
https://www.evidencebasedmentoring.org/wp-content/uploads/2018/08/chronicle-logo-1.png 0 0 Jean Rhodes https://www.evidencebasedmentoring.org/wp-content/uploads/2018/08/chronicle-logo-1.png Jean Rhodes2013-12-18 13:23:272017-01-31 09:23:09From Supermarket Tomatoes to Apples: Aligning growth and quality through evidence

FORUM: What’s the single best piece of advice for a new mentor you’ve ever heard?