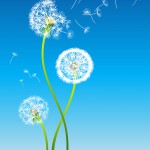 If there’s a magic pill for happiness and longevity, we may have found it.

Countless studies have found that generosity, both volunteering and charitable donations, benefits young and old physically and psychologically.

The benefits of giving are significant, according to those studies: lower blood pressure, lower risk of dementia, less anxiety and depression, reduced cardiovascular risk and overall greater happiness.

“Volunteering moves people into the present and distracts the mind from the stresses and problems of the self,” said Stephen Post, founding director of the Center for Medical Humanities, Compassionate Care and Bioethics at Stony Brook University School of Medicine in New York. “Many studies show that one of the best ways to deal with the hardships in life is not to just center on yourself but to take the opportunity to engage in simple acts of kindness.”

Studies show that when people think about helping others, they activate a part of the brain called the mesolimbic pathway, which is responsible for feelings of gratification. Helping others doles out happiness chemicals, including dopamine, endorphins that block pain signals and oxytocin, known as the tranquillity hormone.

Even just the thought of giving money to a specific charity has this effect on the brain, research shows.

Intuition tells us that giving more to oneself is the best way to be happy. But that’s not the case, according to Dan Ariely, professor of behavioral economics and psychology at Duke University.

“If you are a recipient of a good deed, you may have momentary happiness, but your long-term happiness is higher if you are the giver,” Ariely said. For example, if you give people a gift card for a Starbucks cappuccino and call them that evening and ask how happy they are, people say they are not happier than if you hadn’t given it to them. If you give another group a gift card and ask them to give it to a random person, when you call them at night, those people are happier.

“People are happier when they give, even if they’re just following instructions,” Ariely said. “They take credit for the giving and therefore are happier at the end of the day.”

The way we give is important, too, Ariely said. Taxes are a form of giving that typically does not make Americans happy. “If you give directly from a paycheck, we don’t pay attention to it,” he said. “It’s the way we give and how we give that makes us happy. The key is to give deliberately and thoughtfully, so that other people benefit from it.”

Research supports this, and researchers started from a baseline of equal physical characteristics among study participants, so it wasn’t a case of healthier people being more willing to volunteer.

A 2012 study in the journal Health Psychology by Sara Konrath and a team at the University of Michigan found that older adult volunteers had a lower risk of dying in a four-year period than non-volunteers, as long as they volunteered for altruistic versus self-oriented reasons.

“In order to gain a personal benefit from volunteering, you have to focus on how your giving helps other people,” said Konrath, now director of the Interdisciplinary Program for Empathy and Altruism Research and assistant professor at the Lilly Family School of Philanthropy at Indiana University. “We have the ability to shift our focus, and many of us do have an other-oriented reason for giving. If we can just focus on that aspect rather than what we can get out of it, chances are it will be better for our own health, too.”

Even as a way to manage chronic pain, volunteering holds great potential. “If you could say that on a scale of 1 to 10, insulin as a treatment for diabetes is a 9.5, drugs for Alzheimer’s disease are 0.05, volunteering is somewhere up around a 7,” Post said. “If you were somehow able to package this into a compound, you’d be a billionaire overnight.”

With an aging population, reducing cognitive decline is important, too. A recent review of studies published in the November 2014 Psychological Bulletin found that, among seniors, volunteering is likely to reduce the risk of dementia and is associated with reduced symptoms of depression, better self-reported health, fewer functional limitations and lower mortality.

Volunteering has even been shown to lower blood pressure. In a June 2013 study from Carnegie Mellon University, adults over 50 who volunteered at least 200 hours in the past year (four hours per week) were 40 percent less likely to develop high blood pressure than non-volunteers.

There are several possible explanations for this, said study author Rodlescia Sneed, now a postdoctoral research fellow at the University of Pittsburgh. Volunteerism may boost self-esteem and protect people from social isolation, both of which are linked to better health in older adults, she said.

Doing volunteer work may also give older adults perspective on their own life struggles, which can help them better cope with stress. Helping others also may promote the release of stress-buffering hormones that may reduce cardiovascular risk.

The benefits of giving are seen in younger people, too. A recent study of 10th-graders at a Vancouver high school found that students who spent an hour a week helping children in after-school programs over 10 weeks had lower levels of inflammation and cholesterol, plus a lower body-mass index.

And if you can’t find time to volunteer “hands on,” there’s some benefit to making a meaningful donation to charity. “Studies show that people who donate meaningfully even just once feel happier months later, though it is best to do so with some regularity,” Post said.

Researchers also have found that those in Alcoholics Anonymous who help other alcoholics double their likelihood of overcoming alcoholism one year after going dry. The benefits of helping others are greatest when you have experienced the same chronic problem, Post said.

“We are on the cusp of reaching the point where we are going to see more areas in clinical care, including preventive medicine, psychiatry, adolescent pediatrics, geriatrics, pain clinics and cardiology, where health care professionals recommend volunteering as a therapeutic behavior,” Post said.

The concept is being used in therapeutic farm communities developed for people with serious mental illness. “The premise is quite successful,” Post said. “If you encourage people with major mental disorders, including schizophrenia, depression and bipolar disorder, to contribute meaningfully to a community, they can better manage their condition.”

The many benefits of giving: Prosocial spending and happiness

What color is your mentoring program? New paper specifies the many ways they can differ.