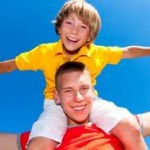 Previous mentoring research has shown that youth mentoring can serve as an important intervention for promoting positive youth outcomes across a variety of factors and contexts. However, mentoring research, to date, has tended to focus more on the mentee than the mentor. This has left a gap in our knowledge of what factors play into shaping a mentor’s satisfaction with their mentoring relationship.

The present study sought to address that gap by assessing the social ecology surrounding the mentors. That is, by assessing mentors’ multicultural competence, mentors’ relationships with their mentee’s families, mentors’ relationship with their mentoring organization, and the interaction between ecological factors, the researchers attempted to provide insight into what factors may influence the quality and direction (e.g. positive or negative) of a mentor’s relationship satisfaction.

A) a greater perception of one’s multicultural competence

B) a stronger relationship with the family, and

Participants in this study consisted of 247 mentors from 72 mentoring organization located across several regions of the United States. Of those who participated, 169 mentors (68.1%) were female and 78 (31.5%) were men. One mentor did not disclose their gender. Most mentors self-identified as White (N=213, 85.9%), 33 (13.3%) identified as people of color (i.e. Black/African American, Latino/Hispanic, Asian, Multiracial), while two did not report their race. On average, mentors reported having an average of 3.28 years of volunteering with their mentoring programs. Of those who reported the type of mentoring relationship they held, three quarters (N=186) were in one-on-one relationships, and 16 (6%) operated as part of a team of mentors. Over half of the mentors reported mentoring a youth of color.

Mentor satisfaction with mentee relationship was assessed using the Mentor Satisfaction subscale of the Match Characteristics Questionnaire (MCQ Adult Version 2.0). Mentors were asked to respond to the questions “on average” as they may have had more than one mentee at the time.

Mentor multicultural competence was assessed using modified version of the 20-item Cross-Cultural Counseling Inventory-Revised (CCCI-R). The CCCI-R is a self-report measure that assesses mentors’ perception of if and how their personal beliefs, attitudes, and skills help them work effectively with their mentee or mentees from different life experiences and cultural backgrounds.

As the authors state in the article, “Overall, results indicated that (a) higher perceived cultural competence, (b) better relationships with the mentee’s family, and (c) greater satisfaction with the mentoring organization significantly predicted greater satisfaction with the mentor’s mentoring relationship, over and above demographic characteristics…These findings are relevant to ecological theory as they show that a particular microsystem may be more or less important in predicting an outcome depending on the nature of other microsystem relationships.”

In other words, a mentor’s relationship with their mentee depends upon more than just their weekly interactions or even their personality characteristics. The mentoring relationship is embedded in surrounding relationships, and those related factors can play a role in the perceived quality of the bond between a mentor and mentee.

With this in mind, there are some key lessons to pull from this article for mentoring programs. First, multicultural competency is important. The majority of the mentors in this study worked with youth from a background that differed from their own. Making sure a mentor feels comfortable and supported in navigating those differences can play a major role in mentor retention.

Second is the importance of integrating strategies for communicating and building relationships with the mentee’s family, which can be a tricky area to navigate depending on the particular dynamics and expectations of the mentee’s family and mentoring program. By laying out clear expectations for how mentors should interact with their mentee’s family, it provides support for the mentor to confidently engage with the family, as well as provides the family a clear understanding of what is included in the mentor’s role.

To read the original article for more on the results and discussion, click here.