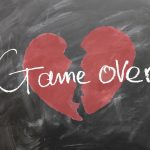 One of the goals of every mentoring organization is to foster long-lasting, meaningful relationships between their mentors and mentees. Such bonds would, ideally, extend beyond the required commitment and extend into a lifelong relationship. Unfortunately, as much effort and support is provided to a mentoring pair, sometimes the match just doesn’t work out. By some estimates, as many as a third to half of mentoring pairs end prior to the initial time commitment. So, while it is unfortunate that not every match succeeds, it is, in the end, a reality facing programs, mentors, and mentees. The present study sought to learn more about the process of match closure.

This is an important area to address, as research has demonstrated the fact that sudden or poorly-executed dissolution of mentoring matches can actually leave some mentees worse off than they were before they met their mentor. Beyond understanding why matches close, discerning the impacts that varying types of match closure have on mentees can identify important areas for programmatic improvement. Learning more about ways to make this process a clear and clean for everyone involved is a critical contribution to the field.

Participants in this study included 48 gender-matched pairs, 31 of which were female. The pairs were followed from the initiation of the relationship to 24 months post-match. The pairs included in this study are those whose relationship ended prior to the final data collection point at 24 months after match creation. Participants were recruited through two affiliates of Big Brothers Big Sisters of America (BBBSA).

As matches closed, they were contacted by the research team in order to conduct a final interview to discuss their experiences during the match closure. Interviews were conducted with mentors, mentees, and the mentees’ parents. Questions asked during the interview included “Whose idea was it to end the match?”, “What were the reasons for ending the match?”, and “How was the ending of the match handled?”

Interviews were reviewed using a thematic analysis to identify areas of interest in the interview content. Five areas were emphasized in this analysis: a) stated reason for match end, b) procedural handling of the match end, c) feelings about how the ending was handled, d) impact of the match end, and e) the strength of the mentor-youth relationship. Researchers also rated the matches by the quality of their relationship strength: strong (15 matches), adequate (4 matches), tenuous (3 matches), out of sync (9 matches), and weak (17 matches). Keep in mind that these are matches that ended within the 24-month study window, some of which ended prematurely, which may account for the large number of weak matches included in the sample.

Five separate reasons for ending mentoring relationships prematurely were identified through the analysis of the data:

Three types of procedural endings for these relationships were also identified:

Further, while most of those participating in the study were disappointed or upset about the relationship closure, those who experienced clearer and more direct endings tended to feel more favorably about the process. Those who experienced a gradual dissolution or had an otherwise more indirect experience with the closure process, on the other hand, were left with lingering feelings of confusion, disappointment, and sometimes even anger.

In cases where the mentor completely abandoned the relationship, some youth were left to ruminate on what they may have done wrong, internalizing someone else’s negative behavior and demonstrating one of the ways improper match closure can be harmful to already vulnerable youth.

Bottom Line for Mentors and Programs:

There are a number of clear takeaway lessons from the present research that programs and mentors would do well to incorporate into their mentoring relationships, should they, for whatever reason, end:

So what does this mean, practically speaking? For programs, it may be helpful to build into the mentor training that, should the relationship end for whatever reason, the closure should be direct and clearly articulated to the mentee and their family. By incorporating this expectation into the program from the very beginning, it may be that mentors would be more inclined to utilize direct methods when closing mentoring relationships.

For mentors, point #5 is a key that extends well beyond the closure of a mentoring relationship. Clear communication in advance allows your mentee time to prepare for changes in the relationship and gives everyone time to process their experiences. This can allow things to end, if they must, on a positive note for all involved. 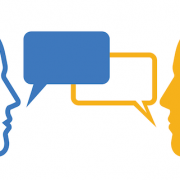 Youth-Initiated Mentoring is a game changer for disconnected youth