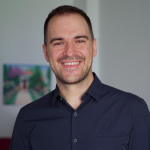 With the world becoming increasingly globalized, the European Association for International Education expressed the need for establishing programs that focus on gaining knowledge and developing competences to better understand people from different countries and cultures. Although such programs are offered more frequently, there is little evidence on how these programs affect college students’ intercultural competencies and knowledge. To be able to further develop programs that target students’ intercultural competencies, assessment tools are needed to know how students understand their identities as well as that of other groups and how learning will make them more open and not perpetuate stereotypes.

The research carried out a mixed-methods quantitative and qualitative analysis by (1) surveying college students upon their completion of the Nightingale mentoring program, and (2) analyzing 10 daily life stories of college students on how their intercultural contact, prejudice, and stereotypes had changed over time.

The sample consisted of 95 mentors. Seventy-one participants were placed in the control group. These were college students who did not participate in the Nightingale program, but had applied to be a mentor. Students in both groups were mostly women and they also came from a wide range of degree disciplines. Furthermore, the students were also similar with regard to the type of contact these students have with diversity and experiences.

To measure the development of intercultural competences the following dimensions were used:

Each of these categories were operationalized by exploring how some of these were recommended to be used by the Association of American Colleges and Universities. Secondly, the categories were adapted to the Spanish context by taking daily life situations of the local and socio-political context into account. A simple 4-point Likert scale was used to design a questionnaire that students easily could identify with.

Also, questions about prejudices and stereotypes were included by using “The Social Dominance Orientation scale” (Pratto et al., 1994) and “The Symbolic Racism 2000 scale” (Henry & Sears, 2002; Sears & Henry, 2003). These questions were included to provide relevant data on how college students view those who are underprivileged and from a different ethnic and racial background.

To optimize the questionnaire, it was validated by four scholars from the field of intercultural education in Spain. Furthermore, a pilot was held with two mentors and two people in the control group. Lastly, the students in the pilot group were interviewed to make final changes in answer categories that could be ambiguous for the students.

Ten daily life stories were gathered by interviewing 7 undergrad college students who participated in the program and 3 undergrad college students who did not, but had shown interest. The students’ profiles were diverse regarding to age, gender and undergrad program. Open-ended questions, with no connection on how mentoring affected their experience so it wouldn’t influence their responses, was used. Although the questions were very open, they were connected to the dimensions used in the questionnaire.

One hypothesis regarding this outcome could be that students in the control group expressed more thoughts based on desire and soft experiences, whereas mentors could answer based on a better knowledge of themselves in relation to others. This could imply a higher level of self-demand among mentors for these items. This was also shown in in most of the daily life stories of mentors.

Furthermore, whether students with higher outcomes in intercultural competence had less prejudices and stereotypes, mentors have slightly significant fewer prejudices than the control group.

Lastly, there was no significant difference found between both groups regarding racism. With one exception regarding the belief that students have about undeserved advantages that some minority groups have in relation with mainstream society. Small changes in belief can be observed on the mentor’s side. This could be connected with how they relativize their worldviews.

The outcomes between the treatment and control group may not be so different from each other, because of the “self-selection bias”. Meaning: students who apply for this type of program tend to be interested in the service-learning and also demonstrate greater sensitivity than those who do not apply.

On the other hand, transformative learning in openness, curiosity, knowledge, critical reflection and intercultural sensitivity was seen among mentors when information from the interviews was gathered. A hypothesis in this sense –arising from the evidence that was found- could be that mentors tend to be more demanding on themselves and adjust their experiences to reality as opposed to those in the control group when answering surveys and especially quantitative measuring scales.

Lastly, the outcomes of this research have implications for international education practitioners. It also expresses the importance of using mixed-method data when looking at intercultural competences. For example, in this research -only considering the results of the quantitative analysis- the program has no effect on students’ intercultural competences. However, the stories from the interviews show another reality. Thus, further research is needed to design new tools, rethink existing ones, and find proper methods to carry out triangulations. 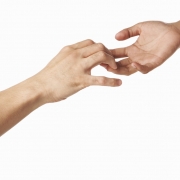