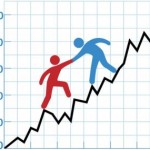 John Williams thinks every student should have a mentor, someone who can act as counselor, sounding board, advice giver — and maybe, if the student is lucky, someone who can open doors in the working world.

But to find a mentor, students need to learn to network. And for Williams, president of Muhlenberg College, networking has a vocabulary of its own.

The new network paradigm, he says.

A habit of establishing a network of advisers.

The value of value-added networks.

Many colleges encourage students to seek mentors, frequently among the faculty. But soon, networking that extends beyond campus will become mandatory at Muhlenberg, and every student will learn this terminology. As part of a required course typically taken during freshman year, students will use a database of alumni and parents to practice networking and recruit mentors who share their interests. The program will begin this fall with a pilot of 80 students.

“The whole idea here is to engage our alumni and parents who have gone through life’s passages,” Williams said. “We’ll have mentors at varying stages of life’s journey available to stimulate our students’ thinking about who they are, who they aspire to be.”

“What will happen between now and when they’re 30?” Williams said. “What is the world going to look like then?”

‘Many of Us Think We Should Be Mentors’

The goal of the mentoring program is to help liberal arts students navigate that world. They will seek out mentors with similar career interests, but mentors will also be expected to help students figure out bigger, more personal questions: what they want to do, whom they aspire to be, what they want to achieve.

“Our students come to college with the intent to have an enhancement in life’s trajectory,” Williams said. “We want to deliver really powerful outcomes.”

About three years ago, Muhlenberg started a smaller-scale mentoring initiative. It was focused less on general networking; instead, it was more like a mentor-to-mentee matching service. When the college reached out to alumni, more than 1,000 volunteered.

But a large volunteer base poses its own challenges: Will volunteers be disappointed if nobody contacts them? What if they lose interest midway through the program? How will they understand what’s expected of them?

“We wouldn’t want to have people who sign up on a whim, and then when students reach out they don’t respond,” said Rebekkah Brown, Muhlenberg’s vice president for development and alumni relations.

While students in the new, scaled-up program will learn about mentoring through their course work, all of the alumni and parent volunteers will also have to complete training, which will teach volunteers how to have a successful mentoring relationship with college-aged students.

“Many of us think we can be good mentors,” Brown said. “But there is a lot of research out there about what a strong and productive mentoring relationship looks like.”

‘Let’s Just Throw a Mentoring Program at It’

In general, research does support the benefits of mentoring — when it’s done well. When graduates had mentors in college who helped them pursue their goals and dreams, they were 1.9 times more likely to say that they were engaged at work, according to the 2015 Gallup-Purdue Index. Other research has found links between formal mentoring programs and both academic and professional success.

Good mentoring also has positive effects on mentee attitudes. But if the mentee isn’t satisfied with the relationship — if the mentoring is low quality — those effects don’t show up.

Too many see mentoring as a low-resource strategy, a kind of quick fix for a particular problem, she said. “They see an issue and they think, ‘Well, let’s just throw a mentoring program at it.’”

Instead, successful mentorship programs are designed deliberately, with clear goals and expectations. Students should learn how to get the most out of the program, how to ask the right questions and how to navigate the relationship’s power dynamics.

“They don’t know how to reach out to someone who may be the CEO of a corporation,” McWilliams said. “That can be pretty intimidating and hard for anybody, let alone when you’re 17 or 18 years old.”

It’s also important to be aware of any impediments, she added. While Muhlenberg is still working out the details of its program, it seems likely that a great deal of the mentoring will take place online or over the phone, and mentors probably won’t be required to visit campus. But talking over the phone or on Skype is an additional barrier to the relationship, McWilliams said. “Being aware of those things goes a long way to the success of the program.”

Mentoring isn’t new in career preparation, but it’s rarely required at colleges like Muhlenberg — and it’s rarely used on such a large scale.

“In general, if you’re going to require all students to do something, you would need to have a high level of confidence that it’s going to be an extremely positive experience,” said Andy Chan, vice president for personal and career development at Wake Forest University.

Liberal arts students expect a certain level of freedom, he added. While students in certain types of programs — like business schools — might be more receptive to required mentoring, liberal arts undergraduates may be more skeptical.

“If you require something and a certain percentage of students find that it’s a waste of time, the news will spread very quickly,” he said. “The trust in the school drops.”

At Muhlenberg, participation is only mandatory for the duration of the course, which most students take as freshmen. They will complete assignments that may ask them to research various careers, or to ask their mentors for certain advice. After the course, engaging with their mentors is optional, but encouraged.

But for Williams, the requirement is a way to change Muhlenberg’s institutional culture. He hopes the course will introduce students to the program and Muhlenberg’s database, and show them how to forge relationships that will last throughout their careers.

“At the end of a number of years — after we introduce this and have some opportunity to improve it — we hope to have a well-oiled machine,” Williams said.

A Novel Program Provides an Entire Network of Support for At-Risk Youth
https://www.evidencebasedmentoring.org/wp-content/uploads/2013/02/848_nota_mentor.jpg 285 340 Jean Rhodes https://www.evidencebasedmentoring.org/wp-content/uploads/2018/08/chronicle-logo-1.png Jean Rhodes2016-03-11 12:02:452016-03-23 15:06:36Muhlenberg College will require students to recruit mentors from a database of parents and alumni.