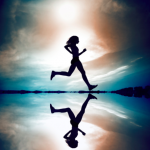 Garcia, J. (2015). The Importance of the Mentor–Mentee Relationship in Women’s Desistance From Destructive Behaviors. International journal of offender therapy and comparative criminology, 0306624X14568257.

Desistance, the ongoing process of change in which individuals reduce their involvement in destructive acts, is not a matter of sudden, all-or-nothing transformation that “cures” one’s criminal or delinquent behavior. Instead, it is a process that unfolds over time, enabling self-discovery and an openness to positive change. This process, while rooted in the individual, can be influenced by the individual’s surrounding environment. Such influential factors include the opportunities available in the individual’s community, their socioeconomic standing, and the level of difficulty they may have in adjusting and reintegrating into society after their incarceration.

Research has consistently demonstrated the importance of adequate social support for those attempting to reenter society. Positive social connections can boost the likelihood of a whole range of beneficial outcomes, such as reduced recidivism for example. Not all of those who are reentering society as former offenders have a significant number of positive social relationships, however, and recent efforts have attempted to supplement that shortfall by utilizing a mentoring model.

These efforts may be particularly beneficial for women former offenders. Women in the criminal justice system are at heightened risk of substance abuse, experiencing physical abuse, and suffering from mental ill-health both pre and post-incarceration relative to their male peers. While their risks are daunting, women in the criminal justice system have also been shown to be receptive to the opportunity to develop the kind of positive relationships that mentoring can offer.

In the present study the researcher attempted to gain a better understanding of the mentoring approach in helping female ex-offenders attempt to desist from destructive behaviors after leaving prison. Specifically, two points were addressed: 1) How mentors serve as a social support network in female-centered mentoring initiatives for formerly incarcerated women, and 2) the role of mentoring relationships in women’s efforts at desisting from destructive behaviors.

This study used data from a larger study of a nonprofit reentry program that takes a holistic approach to assisting formerly incarcerated women in their transition back into mainstream society. The women participating in this study were all convicted of non-violent offenses (e.g. fraud/theft, drug possession, child endangerment, and weapons possession) and had requested to participate in the study. In total, this reentry program served a total of 87 mentees. The present study selected 10 mentors and 10 mentees from that larger sample to interview. The final sample for this study included 21 participants (11 mentees and 10 mentors), with seven mentor-mentee pairs.

Participants engaged in a semi-structured interview that ranged in topic, from the nature of the mentor-mentee relationship to mentor support during the mentees’ lives post-incarceration. Mentors were also asked additional questions to determine which potential strategies were incorporated into their mentoring approach. The researcher utilized grounded-theory techniques to determine initial codings, and then NVivo 10 software was utilized for subsequent focused coding within the overarching themes.

The researcher identified four overarching themes discussed in the interviews as a result of her analysis:

Mentors in this study had either direct or vicarious experience with substance abuse, which the mentors viewed as a positive, motivating factor in their mentoring relationship, even if the mentees themselves did not discuss this aspect of their mentors specifically. Mentees cited the nonjudgmental and unconditional support from their mentors as one of the most beneficial aspects of the relationship. Mentors were described as providing a broad range of assistance in comparison to other formalized supports (e.g. sponsors focused specifically on sobriety). As one participant noted, “With my mentor, I don’t get personal about my drug usage. I just get personal about life.”

Both mentors and mentees interviewed for this study noted that, for a program such as theirs to succeed, all parties had to want to make positive change and refrain from destructive behavior. In addition, the interviews underscored the importance of the mentors’ support in avoiding a relapse into destructive behaviors. A participant admitted the benefits of that support when she said, “I thought I could do it all myself,” but later realized that she could not work toward desistance alone.

Mentors and their mentees both recognized that most women in the reentry program had troubled relationships and weak social skills that could present obstacles in their efforts to desist and successfully reenter society. As a result, mentors made a point to monitor their mentees’ behaviors and associations to protect them from negative influences and guide them through constructive changes that the mentees may not have been able to complete on their own. Mentors served as a valuable “outside” perspective that could reframe difficult problems or issues facing the mentees, as well as providing positive suggestions when appropriate. The mentees also noted how their mentors’ support helped them see themselves as individuals who made bad decisions in their past, but not as individuals who were inherently bad people.

While mentors offered their mentees support in their efforts to successfully reenter society, both mentors and mentees discussed the presence of boundaries within the mentor-mentee relationship. All of the mentees but one described a disinterest in their mentors intervening directly in familial situations and drug treatment meetings. Mentors were careful to not cross “the line” and not try to do too much for the mentees. Mentors made sure to stress their presence as a social support in times of need, but did not become an all-encompassing presence. Both mentors and mentees identified the notion of avoiding others and evading a social support network as being a key factor in mentees’ failed attempts at desisting from destructive behavior.

One of the recurring points demonstrated in this research was the necessity of buy-in to the program from both the mentor and mentee. When engaged, mentoring has been shown to help formerly incarcerated women make crucial cognitive and behavioral shifts necessary to help facilitate their successful transition back into society. This research also highlighted the importance of persistence on the part of the mentors in providing measured, positive support across an extended period of time. The reentry into society is, much like the process of desisting, an ongoing effort that will have its successes and setbacks. An engaged mentor-mentee relationship can provide the scaffolded independence that enables women of all ages to take pride in their accomplishments and overcome their difficulties, even if there are barriers along the way. 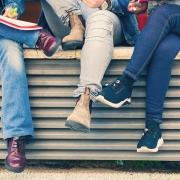