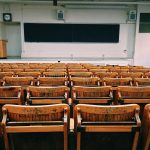 Compared to their more privileged counterparts, college students from disadvantaged socioeconomic backgrounds, those from unrepresented racial and ethnic minority groups, and first-generation college students face a number of unique social and academic challenges, particularly when they attend predominantly White institutions. Research shows that challenges such as limited financial resources and discrimination increase the risk of psychological distress (e.g. depression and anxiety) and academic failure among underrepresented students. Because of their elevated risk, underrepresented college students may serve to benefit the most from supportive relationships with natural mentors (nonparent adults who provide support and guidance in youth’s everyday lives independent of formal mentoring organizations). The current study investigates how the number of natural mentors upon college entry, the retention of those relationships over the academic year, and role those natural mentors served influenced psychological and academic adjustment among underrepresented college students.

The study included 336 college freshmen at a selective, public predominantly white university. Eligible participants were either first-generation college students, a member of an underrepresented racial or ethnic group (i.e., Hispanic or Latino, Black or African-American, American Indian or Alaskan Native, or Native Hawaiian or other Pacific Islander), or qualified for a full federal Pell grant (indicating a disadvantaged economic background). Participants completed computerized surveys in both the Fall and Spring semesters of the 2013-2014 academic year. The survey included questionnaires about participants’ network of natural mentoring relationships, standardized test (ACT/SAT) scores, academic performance (GPA) in college, and depressive and anxiety symptoms.

Because rates of college drop-outs are highest during the first year, natural mentors are especially important as students transition into the university setting. The results of this study suggest that natural mentors have a positive impact on underrepresented college students’ mental health and academic performance during their first year, so long as those natural mentoring relationships are maintained over the course of the year. Although the results did not find evidence for benefits of newly acquired natural mentors, those benefits may unfold over time (i.e., after the first Spring semester) as those relationships become stronger. Future studies might assess effects beyond the first year. Still, this study provides evidence for the powerful impact of ongoing support from natural mentors as underrepresented college students face the challenging transition into predominantly white university settings.

Youth aging out of foster care may have a more difficult time forming bonds with adults due to their experiences, having a mentor may act as a protective factor against the negative outcomes typically associated with having been in foster care
https://www.evidencebasedmentoring.org/wp-content/uploads/2016/11/classroom-1699745_1280_banner.jpg 360 960 Justin Preston https://www.evidencebasedmentoring.org/wp-content/uploads/2018/08/chronicle-logo-1.png Justin Preston2016-11-22 16:14:362018-09-14 15:59:43Mentors can be helpful during college transition period for young adults, research shows 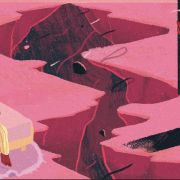 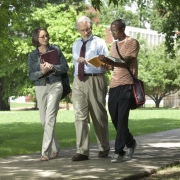