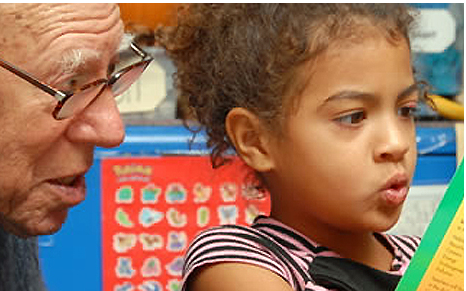 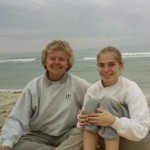 Older adults who tutored children or took part in some other form of volunteer service were able to delay or even reverse declining brain function, a new study finds.

“We found that participating in Experience Corps resulted in improvements in cognitive functioning and this was associated with significant changes in brain activation patterns,” says lead investigator Michelle Carlson, associate professor in the Bloomberg School’s Department of Mental Health and Center on Aging and Health.

“Essentially, the intervention improved brain and cognitive function in these older adults.”

Carlson says the study is the first of its kind to examine the effect of Experience Corps, a national volunteer service program that trains seniors to help children in urban public schools with reading and academic success in other areas.

The program is designed to benefit both children and older adults’ health and can have the added benefits of improving the cognitive abilities of seniors, enhancing their quality of life.

The study followed 17 women who were 65 and older. Half participated in existing Experience Corps programs in Baltimore, Md., schools, while the other half were wait-listed to enroll in Experience Corps the following year.

“While the results of this study are preliminary, they hold promise for enhancing and maintaining brain reserve in later life, particularly among sedentary individuals who may benefit most urgently from behavioral interventions like Experience Corps,” says Carlson, who is now leading a functional MRI study as part of a large-scale randomized trial of the Baltimore Experience Corps Program.

“As life expectancies increase, it’s important, from a public health standpoint, to delay the onset of diseases associated with aging,” explains senior author Linda Fried, dean of the Mailman School of Public Health at Columbia University.

“This study suggests that new kinds of roles for older adults in our aging society can be designed as a win-win, for addressing important societal needs, such as our children’s success, and simultaneously the health and well-being of the older volunteers themselves.”

About 78 million Americans were born from 1946 to 1964. The researchers say that because individuals of retirement age are the fastest-growing sector of the U.S. population, there is understandably great interest in preserving their cognitive and physical abilities, especially given the societal cost of the alternative.

The work was funded by a Research and Career Development award from the Johns Hopkins Claude D. Pepper Center and by a gift from S.D. Bechtel. 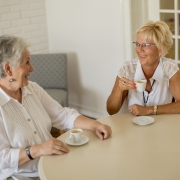