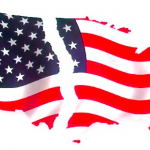 In a recent New York Times column, Thomas Friedman, wrote that he has never witnessed more intense social strife in American life. And that’s saying a lot. As he notes, “I grew up with the assassination of Martin Luther King and raging street battles over civil rights and Vietnam. And yet this moment feels worse — much less violent, blessedly, but much more broadly divisive…There’s the battle between those who feel the American dream has slipped from their grasp and those who can easily pass it on to their kids. There’s the one between rural small-town Americans and “globalized” city slickers, who, the small-town folks are sure, look down upon them. There’s the fight between the white working-class Americans who feel that their identities are being lost in an increasingly minority-majority country and the Americans who embrace multiculturalism. And there’s the struggle between men who believe that their gender still confers certain powers and privileges and the women challenging that. There are so many fields of dispute.”

Such strife seeps into our everyday lives and, regardless of whether we chose to explore or ignore, it can affect our mentoring relationships. Particularly since many mentoring programs serve marginalized youth, and many mentors are more privileged, adults can find themselves struggling with whether (and how) to confront the issues that divide us. Mentoring and other youth development programs provide training, guidelines and support around many topics. But, as University of Colorado Boulder psychologist, Ben Kirshner noted, “[w]hat is less well-articulated in youth development practice or theory is how these caring adults should engage in conversations with youth – those who are marginalized because of their race, class or sexual identities – about the political context of their lives, particularly in ways that don’t further pathologize their neighborhood or peer groups” (p. 29, 2015).

Mentors are often instructed to avoid discussing tough topics altogether. Yet such avoidance may signal tacit acceptance of glaring social injustices. When mentors are silent about sexism, racism, and inequality, they may inadvertently be communicating to mentees that this is “just the way things are.” As others have argued, our silence or neutrality,  particularly on issues that affect the youth we serve, can help to maintain injustices.  When gender and racial discriminations are considered givens, and youth internalize the norms and standards of those who hold power, they can fall prey to blaming themselves when they fail to meet societal expectations and definitions of success (Bonilla-Silva, 2014). Although younger children are often aware of race, class, socio-economic status, and gender bias and/or discrimination, adolescents develop more advanced cognitive skills and become keenly tuned to how these realities directly impact them (Godfrey, et al., 2017). A recent study found that low-income and racial/ethnic minority sixth graders who assumed that hard work and perseverance would inevitably lead to success (i.e., the myth of meritocracy) actually did worse than those who recognized that the playing field is not always level. The study was designed to show how beliefs about the fairness of the American system (system justification) could actually undermine the well-being of marginalized youth. Those who saw the system as wholly fair, and hence blamed themselves when things didn’t turn out well, had lower self-esteem and behavioral problems by the time they were 8th graders (Godfrey, Santos, & Burson, 2017). The negative effects of these system justifying ideologies, continue through late adolescence and into early adulthood (O’Brien, Mars, & Eccleston, 2011; Sellers et al., 1998; Smalls et al., 2007). By talking to mentors, youth can develop a more nuanced view about both the barriers and pathways to success.

Of course, not all youth want or are ready to talk about these broader social justice issues; some just want to focus on the specific needs or circumstances that led to their referral to a mentoring program. However, if the conditions are right, and if mentees are so inclined, mentoring relationships may provide a context in which to discuss difficult issues, and mentors can find moments to initiate “tough” conversations with their mentees. Doing so has the potential to help both parties learn about themselves and one another, facilitate bonding, and strengthen the relationship.  For instance, a surprisingly profound discussion about gender or race could stem from a straightforward discussion of the news. Such conversations need not be awkward. Many youths crave opportunities to discuss these topics, especially when they are engaging with adults who take their words and perspectives seriously. For some mentees, their mentors may be the only adults in their lives who acknowledge them as experts of their own experiences. Assuming these conversations are relevant and worthwhile is almost always going to be less harmful and more beneficial than assuming they are not.  Moreover, conversations such as these have the added benefit of honing and improving young people’s cognitive abilities. The Russian psychologist, L. S. Vygotsky, described a “zone of proximal development” in which learning takes place for young people – it’s beyond what a young person can do when thinking about an issue on his or her own, but within the range of what he or she can do with adult guidance. When stretched into this zone, youths’ mental and emotional capacities grow. They begin to think more clearly and critically about the world and issues in the news. As critical as these types of conversations are, they are scarce in American homes, schools, and oftentimes, mentoring programs.

Connie Flanagan, Professor of Human Ecology at the University of Wisconsin-Madison and author of the book, Teenage Citizens: The Political Theories of the Young (Harvard University Press), encourages Chronicle readers not to avoid the political issues that affect their lives and society, “It is very appropriate for mentors and mentees to discuss politics. And not just every four years. National elections are moments in history when political issues and the direction we want the country to go are on the minds of most Americans. But it is everyday, not every four years, that young people crave discussions of meaningful topics – and politics is one of them. In the past twenty years I have asked youth as young as 9 and as old as 20, and from a wide range of social and ethnic backgrounds to share their thoughts about political topics – such as what democracy means to them, how they feel about immigration, or why inequality exists. No matter what the topic, those youths who discuss current events and politics with adults know more about and can discuss the issue from different perspectives. This is important because people who see issues from different perspectives tend to be more open-minded, tolerant, and less extreme in their positions.

If a mentee raises a topic in the news, the mentor should ask the young person what his/her opinion is on the issue and why. This helps the youth to clarify where s/he stands, what s/he understands about the topic or might still need to learn. Listening to the mentee’s views also sends a message that his/her opinions are worthy of respect, that adults should pay attention and take those ideas seriously.

Mentors should share their point of view as well. Regardless of whether they agree or disagree, as long as the exchange is respectful, political discussion is a way to deepen understanding. When mentors discuss political issues with their mentees, they can show that disagreements don’t have to divide us and that politics doesn’t have to be bitter. Citizens can work together, despite our differences. But listening and compromising takes practice and politics often engages our passions. If we want the younger generation to be informed and to vote when they’re old enough, we should engage with them in civil discussions of politics and current events when they are young.

Democracy is not the business of government.  Democracy is the power of people to author their lives, to decide together what kind of society they want to live in. And young people should have a voice in that discussion.”

P.S. There are many websites that are helpful for opening and informing conversation and engagement around today’s topics– Listenwise, Moving Stories, Learning Media, and  Kids Voting USA

Read about how Ambulatory Assessment may be an answer to engaging ‘hard to reach’ youth in research! evidencebasedmentoring.org/20… #CEBM #mentoring #mentoringpractice #bestpractice #practitioners #AmReading pic.twitter.com/uuioASF1ZD