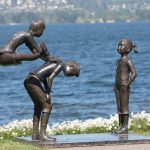 Self-regulation refers to the ability to control one’s own internal experiences of thoughts and emotions as well as external expression of behavior. Youth’s capacity to self-regulate is a strong predictor of their success or failure in the face of adversity. Youth learn self-regulation skills by observing and emulating adults, so positive and frequent interactions with parents as well as nonparent adult mentors are important to youth development. Thus, the cultivation of youth’s self-regulatory ability is an important byproduct of structured mentoring programs and might be an important target of mentoring curricula. This study examined the effect of the youth’s participation the Self-Regulation Mentoring Program (SRMP) on subsequent self-regulations skills.

This study consisted of 64 youth (ages 9 to 14) who were enrolled in an eight-week summer program. The sample was 75% male and 25% female. Exactly 50% of the sample was White; the remainder was 23.4% Hispanic, 7% Black, 4.6% Asian, and 4.6% self-identified as other. More than 80% of the participants displayed financial need based on family income. The program took place at two different sites under the same organization, with half the youth at each site. All youth participated in a range of recreational activities (e.g. sports, outdoor activities, arts). Only youth at one site received an adult mentor, who they met with for 15 minutes a week. Mentors were trained and followed a structured eight-session curriculum designed to teach youth self-regulation skills by setting and working toward goals. Various domains of youth’s self-regulation skills were assessed through questionnaires completed by program staff based on observations of youth they knew well but were not assigned to as mentors. Staff scored each enrolled participant at the during the first, fifth, and last (eighth) week of the program.

The researchers compared changes in self-regulation skills in the treatment group, who received mentoring, and the control group, who did not receive mentoring. Over the eight weeks of the study, there were larger increases in youth’s ability to plan (to set and achieve goals) and organize materials in the treatment group compared to the control group. The observed change was greater between the fifth and eighth week compared to the change between the first and fifth week. There were no significant between-group differences in changes in youth’s ability to initiate (to independently think of solutions to problems), youth’s ability to monitor (to check and evaluate their performance during and after a task), and youth’s working memory (capacity to remember information and direct attention while completing a task) over the eight weeks.

The results suggest that the mentoring program had a positive impact on some but not all aspects of youth’s regulatory ability. Specifically, the mentoring program’s positive affect on youth’s ability to plan and organize materials suggests that these skills may be more malleable and more sensitive to targeted interventions than other skills. The larger change observed during second half of the program compared to the first half suggests that the treatment impact accumulates, or builds up, over time. Further research using a larger sample is necessary. Further, between-site differences other than the treatment, such as program structure and disciplinary action, might have affected youth’s self-regulation scores and made it more difficult to observe treatment effects. Future research should increase consistency these extraneous variables. Still, these results have promising implications for the power of mentoring to improve youth’s self-regulation skills.