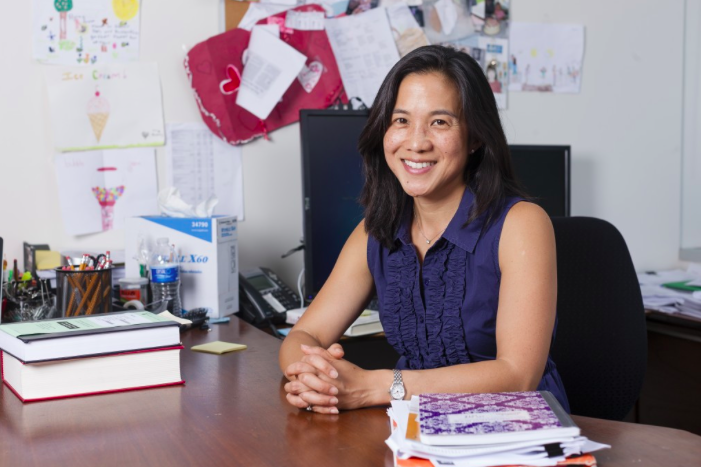 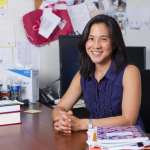 by Max Nesterak (excerpted from The Psych Report)

MN: You say in your TED Talk that we need to be grittier about making our kids grittier. Now that you’ve already said you don’t know, could you point to any leads that you have that you possibly think could make us grittier?

AD: When I did the TED Talk for PBS, they said “well you can’t give a normal, long TED Talk.” And I just had to laugh because they said it’s not going to be 17 or 18 minutes, and that’s the long version. What I was able to say in 4 ½ minutes wasn’t much, but I did point to, but it may have been edited out, was Carol Dweck’s work on mindset at Stanford University. Her work has shown that believing that you can change in terms of your ability to learn something new, believing that intelligence can grow with effort, is an essential thing that a) determines perseverance and grit, and b) can be taught. That’s the best idea I’ve heard about increasing grit/growth mindset. People change. I do remember this, both from being a classroom teacher, which is what I did before psychology, and also from being a kid. When things are bad, when teachers are so frustrated trying to get them to do something, or as a student you’re so frustrated you keep screwing up, it feels permanent; it really does. It feels like it will never get better. The research suggests that that feeling, though of course it’s real in that sense, is inaccurate. The rate at which you learn something, your facility for something, can change. The brain is plastic and it does evolve.

We’re working on other ideas as well. The way we’re framing our work is trying to understand why people give up. Instead of working on perseverance, we’re working on the psychology of giving up. Our assumption, is that people, when they give up, are doing so out of some rational — albeit flawed — basis. In other words, they give up when they don’t think they can succeed. Or they give up because they lose value for the goal. Or they give up because the costs seem inordinately high, (because) it’s not justifying the reward. We’re trying to think about it in that sort of way; it’s a very economic, neoclassical economic framework for approaching those things. So it’s not like we don’t know anything, but I don’t think it’s going to be an easy solution.

MN: This makes me think about how hard it is to change behaviors to meet the goal rather than simply change the goal to match the behaviors.

AD: That’s right. The distinction I try to make with teachers because teachers will often use this word “motivated” to contrast the students who are motivated to those who are not motivated. As a psychologist I want to say (that) there’s two things: there’s motivation, which is wanting to do well. I would argue — and our data suggests that kids are by and large — very motivated to do well. But there’s this other thing called volition, and that is not wanting — that is willing. That is doing things in the moment that are not pleasant but in the long run have this pay off or sticking with something for years and years when there are innumerable aversions. Volition could be defined as the extent to which motivation is guarded over time.

MN: Can you talk about the latest experiment that you’re doing?

AD: There is this strategy that kids can use to be more self-controlled and that is simply changing their physical environments. So one of the very important insights that came out of Walter Mischel’s seminal work on delayed gratification was that children in his research that were able to wait the longest for say two marshmallows instead of one, employed strategies like putting paper over the marshmallow so they couldn’t see it or looking away. Recently, with James Gross at Stanford and Tamar Gendler at Yale, we tried to categorize these different self-control strategies.  The argument we make is that strategies that you deploy earlier, well in advance of encountering temptation, are efficient. They work and they save you psychological costs. Everyone knows what it feels like to be actively willing yourself not to eat the cake or to check the email. But if you take the temptation away, if no one ever offered you the cake, then it would make everybody happier – everybody in yourself, and we really are multiple selves. There’s the part of you that wants the cake and there’s the part of you that doesn’t want the cake, and the way to avoid this active conflict, which is really aversive, is to actually change your environment physically. So we have a study going on right now where we have undergraduates who are trying to change things about their physical space that makes studying easier and temptations like texting or facebook less potent.

MN: That’s so great, but also so hard. I do all my work on the computer and it’s a nightmare with email and Facebook.

AD: Me too. I have the same problem. I’ll tell you what I just did. I wanted to spend a half an hour reading something that I’m writing, and I wanted to be really doing it with concentration and not checking my next 31 emails. I just closed the browser. Of course, I could open the browser, and of course you can reverse these things, but I’m trying to put a few more steps between me and just looking over.

Angela Duckworth serves on The Psych Report’s Advisory Board. She is the author of numerous articles including “What No Child Left Behind Leaves Behind” and “Self-Discipline Outdoes IQ in Predicting Academic Performance of Adolescents,” which can be accessed along with her TED Talks here.

Images courtesy of the MacArthur Foundation.

Profiles in Mentoring: A conversation with Jean Rhodes and Audrey Wittrup

New book on workplace mentoring has implications for youth