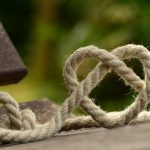 Mental illness rates among young women aged 16-24 have increased significantly in the past decade, and, without effective intervention, these problems can exacerbate existing stressors and have a significant negative impact on adult life. Mentoring relationships have been shown to be effective at promoting positive outcomes like learning how to form healthy relationships, while preventing negative ones, but the ways in which mentoring achieves these outcomes is still not well understood. This is especially true for mentoring programs targeting girls and young women; little research has been devoted to studying this population in particular. The researchers of this study wanted to examine the ways in which mentoring relationships affect change among women and girls, and used The Girls Zone mentoring organization in Sweden to further investigate these mechanisms.

The Girls Zone matches girls aged 12-25 with female mentors 10 years older than them, and has no exclusion criteria for mentees, and age is their only matching criteria. The goals of the program are to prevent mental health problems, drug abuse, and promote equality, young women’s self-esteem, self-confidence, and trust. All mentors are volunteers, and the program lasts for one year, and the organization recommends that pairs meet bi-monthly for one and a half hours, and no contact outside the program is allowed. Mentees are also allowed to participate without their parents’ permission.

The researchers invited all young women who contacted the program over a period of two years to participate in the study (n = 75) and split these participants into two groups: those who already had a mentoring relationship, and those who were beginning to initiate one. The authors of this study used a mixed methods approach and asked participants to complete surveys as well as qualitative interviews. Fifty-two participants responded to the questionnaire, aged 15-26, and five participants out of an eligible 19 who had started relationships during the first year of data collection were interviewed. Interviews took between 40-90 minutes to complete, and focused on the organization, the mentoring program, the mentoring relationship, and the girls’ personalities.

The survey asked participants to complete various sociodemographic measures. Mentees were between 15-26 years old, 87% were born in Sweden, 89% had siblings, 87% attended school, 7% were employed, and the remainder were unemployed or on sick leave. Forty percent of participants lived with their parents, 10% lived alone, 10% lived with someone other than a parent, and the remainder lived with either their mother or father, or alternated between parents.

The researchers used content analysis to analyze the qualitative interviews and also presented preliminary data to the Girls Zone program manager in order to ensure its accuracy.

In terms of the qualitative interviews, participants were between the ages of 18-24 and attended school, were employed, or were on sick leave. A major theme that emerged for the mentees was despite their variety of reasons for joining the Girls Zone program, all of them wanted an adult to talk to who would listen to them and help them sort out their life circumstances, and most importantly someone who could keep their conversations confidential.

The young women also remarked that the rapid response rate and match from the agency were impressive and helped them to trust the agency and feel that their mentors really cared about them and their problems, especially for those with experience seeking support in the health care system.

Initially, protégés spoke about feelings of ambivalence, feeling that “whoever [they] talk with won’t play any role. It won’t work,” but also feelings of being “grateful, very nervous, and tense about what would happen or what [the mentor] would think of [the mentee].” These feelings of apprehension dissolved over time, and as protégés opened up and began divulging more personal information, they felt that they trusted their mentors more. Interestingly, they also valued the fact that they controlled what information their mentor received about them and felt that it contributed to the non-judgmental relationships that they had. The agency only collects names and emails of mentees, so mentors do not receive any information that mentees wish to keep private.

Protégés also remarked that having similar personalities was not a necessary component to a successful relationship; rather, the ability of the mentor to understand their mentee was more important. Mentees also appreciated the fact that mentors came up with advice that was personalized, suggesting things that they thought the mentee would find acceptable, rather than saying “‘this is what you must do’ or ‘this is how it should be’” and valued this type of respect. They felt that this process strengthened them as people by allowing them to express their feelings and thoughts to one person, it made it easier to express them to others as well.

Even though most of the protégés said that they had someone to talk to when they felt anxious, but most also still said that they felt lonely and wanted to “talk with a person who can listen, and definitely wants to listen…there seemed to be an unmet need for mutual engaged, authentic, and empathic relationships among the protégés in their daily lives.” Mentors in this study seemed to fill that void and make it easier for them to discuss difficult problems with other people in their lives. Other research suggests that women prefer longer-lasting relationships, which may be why the young women in this study were so keen to continue their relationships after the one year mark. Deep relationships take time to build, so limiting an intervention to one year might not be enough time to reap the maximum benefits from a mentoring intervention.

The authors of the study argue that best practices in mentorship training should include “skills such as active listening and respect for the protégé based on an engaged, empathic, and authentic approach in a non-hierarchical relationship” in order to develop positive relationships. By bringing some attention to the skills needed to connect, regardless of the presence of mutual interests, programs can help to foster lasting connections between mentors and mentees. 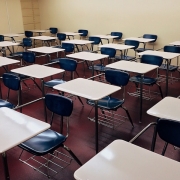 Why are boys less likely to disclose their problems: Implications for mentoring

Anchors, webs, and the triumph of Lorenzo Maudlin