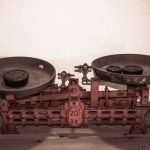 The past several decades have seen a sharp increase on trauma research, which has in turn spurred new methods of clinical care. Research has shown that if staff in a service setting fail to recognize and understand how to treat people with histories of trauma, it can increase feelings of vulnerability and lack of power in the client. Thus, many programs feel the need to adopt trauma informed care practices, and this is especially true of service providers working with survivors of domestic violence. However, there are no measures to determine the efficacy of these programs or their effects on survivor outcomes. The researchers of this study created and validated a scale to do so.

The researchers first surveyed the existing literature on trauma informed practices to come up with a first draft of survey items. Next, they conducted interviews with fifteen experts on trauma informed practices within domestic violence service settings to expand the pool for their survey items. After that, the researchers conducted two focus groups; one with survivors (eight Latina, eight African American/Black, and six White) and one with advocates (11 Latina, eight Caucasian, one Native American). Following these edits to their survey item pool, the authors tested the initial measure with 15 participants in the first validation study, resolved some issues, and then tested the final scale with a sample of 370 domestic violence survivors.

The researchers recruited participants from a convenience sample of survivors seeking services from fifteen programs in the Midwestern and Northeastern United States. In order to be eligible for the study, survivors had to be 18 years of age or older, and speak either English or Spanish. Researchers eliminated data from 18 participants who completed less than 50% of the survey, leaving them with the final sample of 370.

The researchers added two subscales of the Working Alliance Inventory, and the Client Satisfaction Questionnaire as a test of convergent validity. The WAI subscales used were the goal-setting and bond subscales. The goal-setting subscale measures how well a therapist and client collaborate on reaching goals, and the bond subscales measures the emotional bond formed between client and therapist. The Client Satisfaction Questionnaire measures the degree to which clients are satisfied with the program from which they are seeking help.

The researchers used factor analyses on the main 48 items of the scale, the nine items assessing cultural sensitivity, and the five items assessing parenting support. They chose these methods because the cultural sensitivity items had an “I don’t know” response, which led to a higher amount of “missing” data in that subscale than the main 48, and because not all women in the sample had children. The researchers deleted any cases of people who had missing items on a particular subscale.

Analysis on the main scale included 291 participants, and the researchers deleted items if their factor loadings were less than .5, or if their loadings were greater than .32 on two or more factors. This resulted in 37 items, which they then ran another factor analysis on, which led to a clearer structure. They then parsed the list down by deleting items one by one to determine their effects on reliability and validity, next, they deleted items if they caused correlations to go above .7, and for redundant questions, and questions with confusing wording, which resulted in a final total of 20 items for the main scale. They ran another factor analysis using this model to ensure that it had not changed with the removal of items and the results indicated that the factor analysis had not changed. The researchers then decided that the four factors involved in the main scale were: environment of agency and mutual respect, information on trauma, opportunities for connection, and an emphasis on strengths.

The researchers then conducted factor analyses on the supplementary scales; one item was deleted from the cultural sensitivity scale, and all five items were retained on the parenting support subscale.

The researchers then correlated scores on their scale with the Working Alliance Inventory and the Client Satisfaction Questionnaire, and found that both were highly correlated with their scale. They found that the scales were consistently reliable in both English and Spanish.

The authors write that regardless of whether or not programs had always implemented trauma informed practices or were just beginning to, “until now none has had a tool for examining, from the survivor’s perspective, the extent to which they are truly engaging in the type of practice to which they aspire.”

Limitations of this study are that the small number of Spanish speakers made it impossible to conduct a factor analysis with this population, and that participants who were excluded from analysis were more likely to be Spanish speakers born outside the U.S. Further, it is possible that respondents felt pressure to represent their program in a positive manner despite being told that no one from their agency would see their responses, which may have influenced the factor analysis.

This is not only exciting for domestic violence service providers, but also for the field of mentoring. Many mentored youth may have a history of traumatic events (particularly those who have experience with the foster care system), and mentoring programs are particularly cognizant of monitoring mentee satisfaction with programs because they relate to outcomes.

Given the authors’ assertion at the beginning of this study that clients who feel service providers do not understand or do not recognize their trauma feeling more vulnerable and disempowered, it is important for mentoring programs to ensure that they treat mentees with traumatic histories carefully. If they fail to do so, it may mean mentees dropping out of programs entirely or not gaining the full benefits that a mentoring relationship has to offer. Employing this scale as a regular measure of mentee satisfaction may help programs identify and address problems in a relationship or the overall program structure before they result in negative outcomes for the mentee.