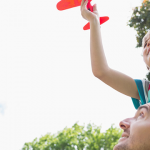 Introduction: School-based mentoring (SBM) refers to mentoring relationships in which mentors meet with mentees on school grounds, either during or immediately after the school day. For financially strapped school districts, SBM has the potential to provide a cost-effective way to assist and support struggling students. However, little research has been adequately conducted to understand the efficacy of SBM in improving academic outcomes, as well as the underlying mechanisms that could contribute to SBM’s effectiveness.

Rather, past research has focused mainly on community-based mentoring (CBM), or more traditional mentoring relationships that typically comprise of longer meetings between mentor and mentee and the participation in varied activities in different locations, not on school grounds. Additionally, the prior research that has been conducted on SBM has found mixed results with respect to the efficacy of SBM – some studies have found SBM to yield significantly improved outcomes for youth, while others have not. These conflicting findings are likely the result of studies with less rigorous research designs than the current study.

Students who participated in the study were drawn from the randomized control trial of the Big Brother Big Sister Association (BBBSA) SBM program that was conducted during the 2004-2005 academic year. 1,139 students from 71 public schools in rural and urban school districts met criteria to be in the study. Half of the students were randomly assigned a mentor, while half were waitlisted to be matched with a mentor at the end of the study; there were no statistically significant differences between the two groups. 54% of the students were female and the average age of students was 11 years old. Mentors who participated in the study were also drawn from the BBBSA program. 72% of mentors were female and 48% were high school students.

Baseline surveys were administered to students, teachers, and mentors at the beginning of the school year, and follow-up surveys were also administered at the end of the school year. Measures of academic outcomes were assessed through both teacher and student ratings. Other explanatory variables were also assessed including mentee ratings of relationship closeness with their mentors, the length of the mentee/mentor match itself, and the status of the match. Match status refers to whether the original mentoring match was “intact,” the mentee had been “rematched” once a match ended, or the mentee had not been “rematched” once a match ended.

Ultimately, this study’s findings have exciting implications for schools that are looking for cost-effective ways to support struggling students. Simply by cultivating emotionally close relationships with mentees, mentors may be able to improve students’ academic outcomes. This means that volunteers need not be trained with a rigorous academic background, and that mentors might prove as beneficial as tutors to struggling students. Finally, by underscoring the efficacy of SBM, this study emphasizes the multifaceted and ever expanding effects that mentoring can have on young people.