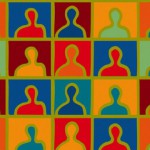 Editors Note: This is an important study with results that are promising but with a note of caution. I urge you to consider their implications, especially for group mentoring programs.

Over the span of three years (2008-2011), 35 years after the Buddy System (Hawai’i) program intervention, court arrest records were obtained on 475 men and women who participated in original program or who were randomly assigned to the no-treatment control group. To explore the role of relationships in deviant behvioars, the researchers also looked at whether the arrests were characterized by the involvement of other individuals.

The results of this study indicated the continuation of both the positive and the negative effects of the Buddy System 35 years later. Importantly, rather than examining overall group differences (i.e., between treatment versus control groups) the researchers looked at differences by previous arrest and gender. It was through these subgroup comparisons that the striking differences emerged.

After the first study, the researchers suggested that the engagement in criminal behavior was influenced by the  friendships that were formed among participants at high and low risk for delinquency.