In the 2nd edition of the Handbook of Youth Mentoring (DuBois & Karcher, 2013), Chris Elledge and I (Cavell & Elledge, 2013) offered this definition of youth mentoring:

Youth men­toring is the practice of using program-sponsored relationships between identified youth and older volunteers (or paraprofessionals) as a context for prevention-focused activities and experiences.

This has long been the view of Big Brothers Big Sisters of America: strong + long matches = positive outcomes.

But there is evidence (some from research conducted by my colleagues and I and some conducted by other research groups) that questions key assumptions of the mentoring-as-relationship perspective.

Our Lunch Buddy program had better outcomes than very positively rated, three-semester community based matches with the same highly trained, closely supervised mentor. That’s important because in the Lunch Buddy program the quality of the relationships weren’t bad but they weren’t really strong. All visits were in the cafeteria (as other students sat the same table) and we introduced a new, different mentor for each of 3 semesters. We essentially watered down the quality of the relationship match and, not surprisingly, children rated the quality of those matches as less positive than did children in the other condition. Any yet, we still found better outcomes at the 1- and 2-year follow-up!

Bayer and colleagues attempted to use data from the BBBSA SBM Impact Study to test the mentoring-as-context idea. This is what they did.

They first examined outcomes for all youth assigned to the mentoring condition, even if those youth were never matched or had matches in which the youth rated themselves (on a single item) as “not very close” or “not at all close” to their mentor. Bayer and colleagues then compared those findings with findings from analyses that only included matches in which there was a close relationship. Importantly, a “close relationship” was defined as any match in which the mentee rated themselves as “somewhat close” or “very close” to their mentor. Just over 75% of matches met this definition of “close” but there was no indication of how many matches were of the “somewhat close” variety.

The authors offered this conclusion: “This study finds evidence that unless a mentorship pair forms a relationship that the protégé would rate as ‘somewhat close’ or better, SBM program participation has no effect on a student’s end-of-school-year academic outcomes.”

I see the findings as evidence for the value of defining mentoring as “program-sponsored relationships” that provide a “context for prevention-focused activities and experiences.”  Here’s why.

The mentoring-as-context perspective does not define mentoring as the absence of a relationship or the presence of a bad or conflicted relationship. In an earlier draft of our chapter in the Handbook of Youth Mentoring, we had included the following alternative to the notion of strong + long = positive outcomes. This was our “formula” for mentoring: positive outcomes = (consistency – conflict) x context. Important here is what’s in the parentheses (consistency and the lack of conflict). It means that mentoring will be less effective if mentors are inconsistent or if the interactions are conflicted or aversive. Like other researchers, we find evidence that the negative aspects of a mentoring relationship are more predictive of outcomes than the positive aspects. That’s essentially what Bayer and colleagues found: Mentors and mentees don’t need to be close; they need to be at least “somewhat close”. In short, mentors need to show up and they need to provide a relationship that is at least non-aversive and not marked by conflict.

I wish we had included our formula in the final version of our Handbook chapter! 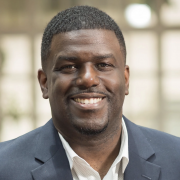