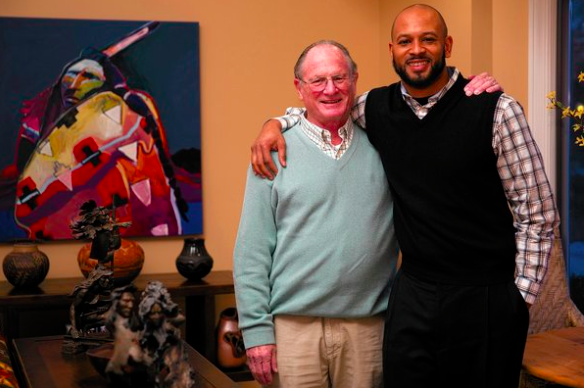 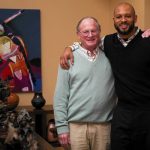 When Antwan Turpeau, 33, was a young boy, his family was homeless on and off for about three years. Some evenings they couldn’t get into a shelter, so they would spend the night riding the Red Line from end to end.

Turpeau said that his mother was a single parent and diagnosed with schizophrenia. When he was 10, she lost custody of him and his sister, and over the next few years he traversed the city on buses or in the cars of social workers, moving from foster home to foster home.

As a teen, Turpeau ditched school and stole from freight trains. But he would eventually straighten up and years later earn a master’s degree in social work from Loyola University. Now Turpeau is the executive director and co-founder of Struggling Youths Equal Successful Adults (SYESA), a four-year-old nonprofit organization that specializes in helping troubled former wards of the state transition into adulthood. It’s no small task considering the odds.

According to a University of Chicago study completed in 2011 that surveyed former wards, by age 26 about one-third of them had been homeless or had “couch surfed”; about one-third had a high school diploma, and only 2.5 percent had a four-year college degree; about half were employed, mostly in low-wage jobs; and 74 percent of the men had been incarcerated.

When Turpeau tells his story, he mentions his time on the train and in the cars and on the buses. But if you ask him how he arrived at where he is today, he will tell you that he was carried by a few key people — a longtime mentor and his last foster family — who believed in him when he didn’t believe in himself. And now his mission is to help others.

In November 2011, SYESA was recognized by the Illinois House for being the first organization in Illinois to be founded by three former foster youths.

Co-founder Michael Simelton has a master’s degree in manufacturing systems and is an employee of Exelon Corp. based in Iowa. The other co-founder is no longer involved with SYESA.

“We looked at each other and asked ourselves, ‘How did we avoid a lot of the pitfalls that former wards fall into?'” said Turpeau. “The answer was that we had mentors who didn’t give up on us. We had access to resources.”

Turpeau was 10 in 1990 when he came home from school and suffered a severe asthma attack. His mother wasn’t home, but a landlord called an ambulance. When his mother couldn’t be found, the Illinois Department of Children and Family Services got involved.

Turpeau was sent to live with his grandmother, but he had to leave when she became ill. He eventually wound up in a group home that had a mentoring program, which is how he met businessman Cliff Bregstone, who became a longtime mentor.

“I ended up running away and I ran to Englewood where my brother was living,” said Turpeau. “My brother was deep in the street life and I started to ditch school and break into freight trains and drink.

“But wherever I moved, Cliff stayed in my life. He would drive down to the West Side or to Englewood to get me. He lived next door to (former Chicago Bulls coach) Phil Jackson and didn’t mind coming down to some of the toughest neighborhoods in the city.”

Turpeau said a major turning point in his life came when his brother was shot and nearly killed. Turpeau moved in with a foster family unlike any of his previous ones.

“My foster mother, Patricia Katz, told me: ‘This is your home. You will be safe here,'” he said. “I didn’t believe her. So many people had kicked me out and said I was too much of a problem.

“She had six kids and she treated me like one of her own. I lived with this family and went to a great high school and joined the football team and did really well. She took me on college tours and got me to focus on my education. My mentor stuck with me, and they both told me that whatever I wanted, I could get with hard work.”

Turpeau said Katz’s 2009 death made him more determined than ever to start SYESA.

Among the early participants was a young man who’d been emancipated and moved to California hoping to become a screenwriter. He wound up homeless, and Turpeau and his colleagues flew out there and persuaded him to return to the Chicago area. And when he had a stroke and lost most of his vision, they stuck by him.

Turpeau said the goal of SYESA (syesa.com) is to provide young adults and youths with one-on-one life coaching and connect them to resources. This often means assisting them in returning to school as well as finding housing, employment and even mental health services. There’s also a student advisory board where younger participants play a role in advocating on behalf of Illinois’ wards.

Since 2009, more than 300 people have gone through SYESA’s programs. Many come as high school dropouts, and Turpeau said one of the organization’s greatest achievements has been helping participants get their diploma or GED. The next step is getting people through four-year colleges with degrees.

“When they do change their lives, the growth is never over. It’s a lifelong thing. I have been committed to the healing process with support of my family and mentor, people who love me unconditionally. SYESA wants to give youth that same support.”