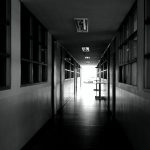 Black students in the United States face a wide array of barriers to academic achievement. These barriers result in lower graduation rates in high school and college. One serious barrier is the existence of perceived racial discrimination in schools. This discrimination manifest itself as lowered teacher expectations of Black students or as the experience of harsher punishments than their non-Black peers. The negative impacts of such discrimination on the academic outcomes of Black youth can be severe.

However, Black students may draw from their existing social networks and resources in efforts to overcome these barriers. One such resource is the presence of a natural mentoring relationship. These relationships have been found to play a strong, positive role in Black adolescents’ development and can serve to offset some of the negative stressors Black youth confront regularly. Natural mentoring relationships can positively influence a student’s relationship with schools, higher rates of graduation, and higher levels of academic achievement over time.

It is also possible that natural mentoring relationships can positively influence Black adolescents’ racial identity. Such identity development can play a role in the relationship between the presence of a mentor and positive youth outcomes. Racial pride is defined as positive feelings about one’s own racial group. Such positive feelings have been shown to protect against the impacts of perceived discrimination.

Participants in the present study included 663 Black adolescents (including African American, Afro-Caribbean, and African). Participants were recruited from three different suburban school districts in a large Midwestern metropolitan area. The adolescents ranged in age from 12 to 19 years (M = 14.96 years, SD = 1.81 years). All of the youth reported having a natural mentor, and approximately half of the participants were female (53%).

Measures included the presence of a natural mentor (“Is there an important adult in your life, other than your parents or a person who raised you, who has taken a special interest in you and who you can go to for support and guidance?”), relational closeness of the mentor, perceived school-based racial discrimination, academic engagement, racial pride, and participant and natural mentor demographics.

Most natural mentors were related to the participants (73%, N = 484). Of those related, 37% were grandparents, 33% were aunts or uncles, 19% were older siblings, and 11% were older cousins. Those mentors not related to the youth included teachers or coaches, family friends, and church members or pastors. Sixty-four percent of mentors were female, and 70% were of the same gender as their mentee. Over half of all mentors were between the ages of 18 and 39, with 44% being 40 years or older.

As the researchers note, the presence of engaged natural mentors in the lives of Black youth has a number of benefits for the mentee. In many ways, the benefits of a mentor are not witnessed directly. Rather, the support a mentor provides can set the stage for a range of positive outcomes to take root and flourish. This understanding could be helpful knowledge for mentors and program staff who may not realize just how much their support means to a mentee in a host of indirect ways.

For programs, it may be beneficial to incorporate an understanding of the experiences of their young mentees. One finding that could indicate a point of emphasis for programs is the reduced rate of academic engagement of older, male Black youth. Finding ways to foster greater engagement during this period can help to improve outcomes like graduation rates and overall academic achievement for mentees.

It is important that mentors continue providing supportive understanding of what the student faces in their daily school life. This understanding and engagement can be the support a young student needs to continue developing their academic skills and successes.

Youth aging out of foster care may have a more difficult time forming bonds with adults due to their experiences, having a mentor may act as a protective factor against the negative outcomes typically associated with having been in foster care
https://www.evidencebasedmentoring.org/wp-content/uploads/2016/12/school-1197605_1280_banner.jpg 360 960 Justin Preston https://www.evidencebasedmentoring.org/wp-content/uploads/2018/08/chronicle-logo-1.png Justin Preston2016-12-13 05:13:112018-09-13 09:39:31Engaged natural mentors can help offset impact of school discrimination