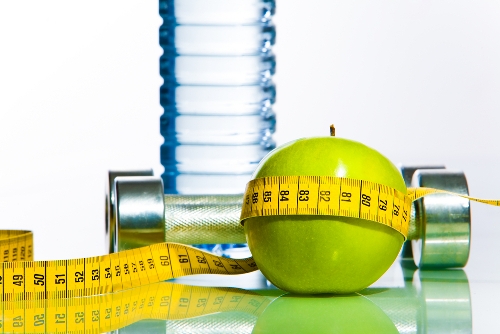 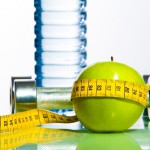 Study after study has shown a yawning educational achievement gap between the poorest and wealthiest children in America. But what does this gap costs in terms of lost economic growth and tax revenue?

That’s what researchers at the Washington Center for Equitable Growth set out to discover in a new study that concluded the United States could ultimately enrich everybody by improving educational performance for the typical student.

When it comes to math and science scores, the United States lags most of the other 33 advanced industrialized countries that make up the Organization for Economic Cooperation and Development, ranking 24th, far behind Korea, Poland and Slovenia.

Moving up just a few notches to 19th — so that the average American score matched the O.E.C.D. average — would add 1.7 percent to the nation’s gross domestic product over the next 35 years, according to estimates by the Washington Center, a nonpartisan, liberal-leaning research group focused on narrowing inequality. That could lead to roughly $900 billion in higher government revenue, more than making up for the cost of such an effort.

If Americans were able to match the scores reached in Canada, which ranks seventh on the O.E.C.D. scale, the United States’ gross domestic product would rise by an additional 6.7 percent, a cumulative increase of $10 trillion (after taking inflation into account) by the year 2050, the report estimated.

Robert G. Lynch, an economist who wrote the Washington Center report, explained why he took the trouble to make these what-if calculations.

“One of the main goals was to see how we could promote more widely shared and faster economic growth,” said Mr. Lynch, who teaches economics at Washington College in Chestertown, Md. In the three decades that followed the end of World War II, almost all Americans, no matter where they fell on the earnings scale, enjoyed at least a doubling of their real incomes.

But that balanced growth has evaporated. While those at the top have continued to experience robust income increases, everyone else’s income has either stalled or dropped. The average income of the bottom 20 percent of households sank by more than 8 percent from 1973 to 2013, while the inflation-adjusted incomes of the top 20 percent grew by about 60 percent, according to the report. The top 5 percent enjoyed an 80 percent jump.

One point of this exercise, Mr. Lynch explained, is to show that the added cost of improving educational achievement at the bottom would be more than made up for by the rise in economic output and tax revenue.

The study used math and science scores from the 2012 Program for International Student Assessment, a test widely used around the world for measuring and comparing educational achievement. The average combined score for the United States is 978, while the O.E.C.D. average is 995. The Canadian average is 1,044.

Eliminating the achievement gap in America would require raising the country’s average to 1,080, so that it would rank third behind South Korea (with an average score of 1,092) and Japan (with a 1,083 average). That stunning improvement, according to the center, would raise the total output in the United States by another 10 percent. Lifetime earnings of the poorest quarter would jump by 22 percent in this event.

The income gap is an outgrowth, at least in part, of the education gap. An analysis by the O.E.C.D. released last fall showed that the United States greatly lagged nearly every advanced industrial nation on measures of educational equality. Only one in 20 Americans age 25 to 34 surpassed the educational level of their parents, for example. For the 20 richest member nations, that average was one in four.

The report includes the types of changes, which include expanding early childhood education, reducing exposure to lead paint and starting school later so teenagers can get more sleep, that the center views as necessary to raise achievement scores, though it does not include specific costs in its calculations.

The report also notes how widely achievement scores vary within the United States, not only from state to state but county to county. Montgomery County, a generally affluent suburban area in Maryland just outside of Washington, for example, was able to reduce the gap and increase scores after instituting all-day kindergarten programs, reducing class size, investing in teacher development and reducing housing-based segregation in its schools.

A version of this article appears in print on February 3, 2015, on page B3 of the New York edition with the headline: Closing Education Gap Will Lift Economy, a Study Finds. Order Reprints| Today’s Paper|Subscribe 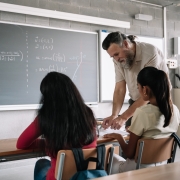