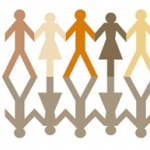 Their comprehensive review extended previous meta-analyses by: systematically exploring how variations in program organization, program delivery, and participant characteristics were related to effects; more precisely defining mentoring; and exploring the “active ingredients” in the intervention process.

Of the 164 studies published between 1970 and 2011, 46 met criteria for inclusion (27 were randomized controlled trials and 19 were quasi-experimental studies). Although definitions varied from program to program, many (including those evaluated in their review) were characterized by ongoing contact between two people, one of whom had more experience and one of whom was in a position to benefit from that experience. In addition to examining overall effects, the study coded programs for the key processes that have been hypothesized to be the underlying processes accounting for mentoring effects (i.e., the drivers of change) (e.g. identification/modeling, teaching, emotional support, advocacy) to see if these were related to effects.

These findings align with previous meta-analyses and evaluations, which have found relatively modest overall effects, and have highlighted the important role of emotional support and advocacy in youth mentoring. It is interesting that mentor professional motivation was a factor–a finding that is somewhat consistent with DuBois et al. (2002) finding that suggested that stronger effects in mentors who had backgrounds in helping professions. The finding regarding advocacy is particularly intriguing, as it signals that an expansion of the traditional, support roles of mentors may be best expanded to include a more active role. Clearly, additional research is needed.

Indeed, because there was such limited description of the content of mentoring programs and there was substantial variation in what is included as part of mentoring efforts, it was difficult for the researchers to identify with any real specificity what accounted for the benefits (e.g., the active ingredients and underlying processes). They thus exhort evaluators to  provide much better descriptions of program design and hypothesized processes of change. Particularly in contrast to evaluations of other types of interventions,  many mentoring evaluations lack such information.

As the authors conclude, “Our judgment is also that there does not seem to be much progression in quality of details in reports over the time period studied here. Given the popularity of this approach, the promise of benefits should be seen as a strong argument for a concerted effort through quality randomized trials to specify the theoretical and practical components for effective mentoring with high-risk youth. Concordantly, lacking such features, further trials may not add useful knowledge.”