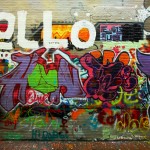 Editor’s note: Researchers implemented a mentoring program that was grounded in evidence-based therapeutic practices. This appears to be a very promising approach to group mentoring.

The low rates of graduation (~53%) combined with the high rates of violent-crime, particularly among black adolescent males, are at a crisis point in the United States. Despite the need for school improvement, reduced criminal activity, and overall health improvements – there are few, if any, current programs (especially for older adolescents) that are able to effectively target these areas in a widespread and cost effective manner. Programs that focus on social-cognitive skill development, however, have been shown to promote positive outcomes. As such, the University of Chicago Crime Lab teamed up with the organizations: Youth Guidance (YG) and World Sport Chicago (WSC) in order to develop an intervention targeting disadvantaged male youth in the Chicago Public Schools system.

A randomized experiment targeted 2,740 disadvantaged male students in the Chicago Public School system, grades 7-10, for a social-cognitive skill development intervention assigning them to either an in-school program, an after-school program, a combination of both in- and after-school activities or to a control group; eligibility was restricted to youth at “medium risk” – those whose history indicated social-cognitive deficits (1/3 of the sample had been previously arrested), yet were still likely to attend program sessions. The specific intervention was called Becoming a Man – Sports Edition (BAM-Sports Edition).  Based on principles from cognitive behavioral therapy, the program focused on helping the youth develop the following social-cognitive skills:

The program was delivered in a small group format involving group counseling and mentoring as well as nontraditional sports activities. Each session was set to focus on developing a specific skill and included out-of-class homework assignments to help the participants apply what they had learned.

Although only half of the students assigned to one of the treatment groups participated in the program; those who did participate saw significantly increased school engagement and performance during both the program and follow-up year. These findings hold great hope for increases in future graduation rates of the treatment group. The intervention also showed a dramatic 44% decrease in violent crime arrests and a 36% decrease in crimes such as vandalism and weapons crime.

The current study should be evaluated as more of an effectiveness trial due to its large scale operation; accordingly, “the positive program effects provide the most rigorous, large-scale evidence to date that a social-cognitive skill intervention can improve both school and delinquency outcomes for disadvantaged youth.”

Even with the substantial variation across the 18 schools, the program was effectively implemented at scale, while maintaining a strict budget and tight timeline.  A benefit-cost analysis was conducted and it is predicted that with the intervention’s implied graduation rates and subsequent impacts, “the resulting social benefits would range from $49,000- $119,000 per participant from increased lifetime earnings, tax payments, and lower public benefit use” with the initial cost of the intervention only being $1,100 per participant.”

Overall, the effects and cost-benefit of this program hold great promise for its future dissemination.  There are also great implications for mentoring research, aside from the BAM – Sports Edition intervention.

The group mentoring aspect of this intervention could be incorporated into the training of other mentoring programs. Such programs could incorporate social-cognitive skill development, or provide group settings for mentors and mentees to engage in activities that help develop such skills. A program with such a focus, as shown by this study,  can help reduce violence and increase school engagement among disadvantaged youth.

For the link in the UChicago News:

Social relationships and their developmental significance 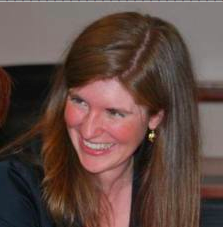