The effects of strong mentoring relationships on the lives and careers of new scholars can be substantial. Evidence from studies of mentoring in higher education shows that doctoral students and new faculty members fortunate enough to be mentored by senior academics report smoother adjustment to academe, stronger records of teaching and scholarship, stronger institutional commitment, higher retention, greater success achieving promotion and tenure, and higher overall job and career satisfaction. Evidence regarding the career importance of mentorship has prompted the Council of Graduate Schools to list mentoring as one of six key factors leading to Ph.D. completion.

Mentoring is especially important to the success of minority scholars, who are heavily underrepresented in the upper ranks of the professoriate. But sadly, only a small percentage of new faculty members find a mentor among colleagues in their own institution, according to the researchers Wanda J. Smith and Steven E. Markham at Virginia Tech. If minority professors are going to be effectively recruited, developed, and retained, white faculty members must become more deliberate and effective cross-race mentors.

The National Center for Education Statistics reveals that just over 20 percent of the nation’s professoriate consists of persons of color — blacks/African Americans (6 percent), Hispanic/Latinos (4 percent), Asian Americans (10 percent), and American Indians (less than 1 percent). Moreover, in some fields — mathematics, computer science, astronomy, and physics — underrepresented minorities constitute less than 5 percent of the professoriate.New minority faculty members often report feelings of loneliness and isolation in predominantly white institutions. They may face climates that are disrespectful, noncollegial, even intolerant of diversity. Legacies of racism and mistreatment can leave minority faculty members mistrustful and skeptical about overtures from prospective faculty mentors. For their part, potential mentors may harbor racial stereotypes and unconscious biases regarding people of color, or they may subscribe to myths such as “only a person of color can successfully mentor a person of color.”

The best mentors, regardless of whom they are mentoring, should create collegial (versus hierarchical) relationships with faculty mentees and provide direct teaching and coaching, socialization into academic culture, and modeling for life and career balance. For white faculty members who are mentoring new minority colleagues, here are additional key strategies:

Practice cultural humility. Approach the relationship with a learning orientation. Explore and demonstrate empathy for the new professor’s experience as a faculty member of color in the institution. Avoid assumptions about whether your mentee will want to focus on race and culture — either as a faculty member generally or in the context of the mentorship specifically — but stand ready to listen and learn about your mentee’s experiences as a minority member in the academy.

Be an ally in the full sense of the word. Remember that an “ally” is not only committed to expressing as little prejudice as possible in his or her own cross-race relationships; an ally is also invested in addressing social inequality. In a series of studies with people of color in higher education, participants reflected that simply committing to express as little prejudice as possible toward minorities is only one part of being an ally. A genuine ally is also willing to take action, either interpersonally or in broader settings, to tackle racism, discrimination, and other inequities.

Promote your mentee and his or her work. Minority students and early-career faculty members sometimes report that their scholarship is trivialized or overlooked — perhaps owing to racial bias and occasionally because of unique or unfamiliar methodologies. Excellent mentors are vocal and deliberate in publicly advocating for their advisees by singing the praises of their scholarly products to the larger faculty.

Promote a mentoring constellation. Don’t play the part of “guru.” Bolster minority faculty members’ chances for success by helping them establish a network of supportive relationships, both inside and outside the institution. Along with your own mentoring, be on the lookout for other supportive faculty members or networks devoted to underrepresented minorities and connect your mentees to additional sources of career and personal support.

W. Brad Johnson is a professor of psychology at the U.S. Naval Academy and a faculty associate at the Johns Hopkins University. He is the author, most recently, of Athena Rising: How and Why Men Should Mentor Women (Routledge, 2016) and On Being a Mentor: A Guide for Higher Education Faculty (Routledge, 2015). 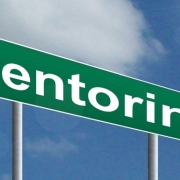