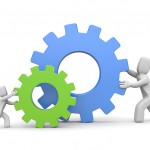 Mentoring programs can vary widely, but all depend on a caring relationship. How can programs ensure that relationships are sufficiently strong and enduring to accomplish whatever other goals they are hoping to achieve?  Fortunately, decades of research has converged on a core features or “common factors” that appear to be present in all effective helping relationships. Each factor is helpful in its own right and, when combined with the other factors as well as evidence-based approaches, become potent levers of change. Harnessing the best of relationship science will ensure that all mentors have the tools to develop strong relationships.

The “alliance” is the working relationship and partnership that is forged between a mentor and mentee. According to relationship expert, Professor Bruce Wampold (2015), the alliance consists of three components: the bond that is forged, agreement on the goals, and agreement on the specific tasks and activities that will be undertaken to achieve those goals. The alliance builds on initial trust and positive expectations from both parties to create a collaborative, purposeful bond centered around the common goals and tasks of the intervention (Dworkin, Larson, and Hansen, 2003). Such collaboration and mutual goal selection are central to strong mentoring relationships (Karcher, Herrera, and Hansen, 2010; Spencer, 2006), and when creating an alliance, mentors should adopt a flexible, youth-centered style shaped by the mentee’s interests and preferences

Researcher Renee Spencer has long highlighted the critical importance of empathy in mentoring  (2015, p. 273), Wampold defines empathy as “a complex process by which an individual can be affected by and share the emotional state of another, assess the reasons for another’s state, and identify with the other by adopting his or her perspective.” This implies not just sensing another’s feelings and emotions but understanding and and seeing things from their perspective.

Related to this concept is attunement, or mentors’ ability to read and attend to the needs of their mentees (Pryce, 2012). Relationship expert, Professor John Gottman has observed that, in any interaction, there are countless verbal and nonverbal ways that people let their needs be known by making what he calls “bids” for connection: “They are asking for attention, interest, conversation, humor, affection, warmth, assistance support and so on.” Mentors’ ability to recognize and respond to these “bids,” and to other signs of mentees’ preferences or concerns, has a significant impact on relationship quality (Pryce, 2012).

The distant cousin of empathy and attunement, positive regard, constitutes another common factor in good relationships. Gottman has described positive regard as not only noticing but expressing appreciation for another’s positive attributes. As he notes, expressing positive regard is “a habit of mind that scans our world for things to admire, be proud of in our partner, and appreciate…Then the appreciation needs to be expressed verbally or nonverbally – it can’t stay hidden. This is the idea of catching someone doing something right and thanking them for it, of actively building a culture of appreciation and respect in the relationship” Positive regard is “the opposite of a critical habit that scans for our partner’s mistakes”  Mentors with positive regard for their mentees focus on their mentees’ many attributes, assets, and strengths, and, in the most effective cases, leverage those traits for good (Lerner, 2008). They do not fixate on their mentees’ struggles, define them by those struggles, or dismiss their mentees as simply ‘problems to be solved.’ Judgmental mentors contribute to youth disengagement and termination (Spencer, 2007), and mentors who hold negative attitudes about youth have less successful relationships (Karcher et al., 2010). By contrast, another study found that mentors’ positive appraisal of mentees’ personal qualities and performance on associated tasks was associated with higher self-esteem and well-being in mentees from underrepresented groups (Hurd and colleagues, 2018).

Another related construct is genuineness, or the sense that the mentor is being authentic (Wampold, 2013; Spencer, 2006). One way that mentors can convey authenticity is to occasionally disclose something personal about themselves or their lives. Another is making and admitting to mistakes and being fallible. In one study (Aronson et al., 1966) people were asked to evaluate three job candidates. One candidate had poor credentials, one was nearly perfect, and the third had the same credentials as the perfect candidate but spilled coffee all over his suit during the interview. In what has sometimes been referred to as the “pratfall effect,” —people preferred the candidate who was competent but clumsy because he seemed more authentic and approachable.

Like psychotherapy, mentoring constitutes is a type of healing practice that emerged from the dominant cultural groups within North America and Western Europe. As such, how mentees’ problems and solutions are framed, and even the ritual of one-on-one meetings, may not always align with the values and perspectives of ethnic and racial minority groups (e.g., D. W. Sue, Arredondo, & McDavis,1992). One solution to address this mismatch is to show cultural humility and to  “culturally adapt” helping strategies such as mentoring to ethnic and racial minorities (Griner & Smith, 2006; Sanchez I). Indeed, a recent meta-analysis of therapy studies confirmed that culturally adapted psychotherapy is more effective than un-adapted (d = .32) psychotherapy. The process by which psychotherapists understand and address the cause of their patients’ struggles is culturally nuanced (Benish et al., 2011). Professor Bernadette Sanchez and Torie Weiston-Serdan have written widely on this topic.

Baldwin & Imel (2013) have found that approximately 5% of outcome variance is attributable to therapists.  Better therapists tend to have stronger interpersonal skills, including better verbal fluency, warmth, and empathy. The same holds true in mentoring. After conducting in-depth studies of mentoring ties, Spencer (2012) conceded that perhaps not every volunteer has the capacity to be a mentor. For example, “it is hard to imagine a successful mentor who is lacking in empathy.” As Spencer notes, “The commonly held belief that virtually anyone can be a mentor may not in fact be quite true, and more attention needs to be paid in research and practice to determining what it takes to meaningfully engage a young person in the mentoring process.” Previous experience helping young people seems to have emerged one of the most common “common factors” cutting across formal (DuBois, Heppe, et al., Raposa et al., 2017; Raposa et al., 2018) and informal (van Dam et al, 2018) mentoring relationships.

Mentors also need to be open to learning not just from the program but from their mentees, and willing to ask for advice when they need it. As Galinsky and Schweitzer describe, “people fear that by asking advice, they will appear less competent. But this is a perspective-taking failure: When we ask for advice, as long as the request is not completely obvious, we appear to be more competent.” This strategy can be particularly useful in hierarchical relationships such as mentoring. As the authors note, “asking advice of someone below you on the hierarchical ladder – like when the boss asks a subordinate for their opinion – can have a powerful effect as well. The person below you in the hierarchy will be delighted to be acknowledged for their opinions and thrilled to have their expertise acknowledged.”

Along similar lines, mentors should be open and willing to get the support they need from their programs and avoid an overly prescriptive, heavy-handed, or rigid mentoring approach as it can be the kiss of death in youth mentoring relationships. While most mentors seem to know this instinctively, some come to the mentorship with an attack plan to address their mentee’s “problem” even before they have forged an alliance with the mentee.

And a possible 6th

A common factor that is not enumerated in traditional therapy literature, but which has emerged in recent years is homework or activities that the mentee can work on between sessions (Kazantzis and Ronan, 2006). These activities allow mentors to use their limited time during meetings with mentees most effectively and give mentees an opportunity to practice applying what they have learned to real-life situations. Seeing the effectiveness of new skills or habits first-hand in their own lives builds confidence and helps mentees progress more quickly. As noted above, mentors should not be heavy-handed, and the assignments must be determined on a case-by-case basis by the mentor, but they can include behavioral or habit-building practices (such as engaging in healthy lifestyle practices (Walsh, 2011), reaching out to a teacher, or practicing a particular social skill) as well as reading assignments and questions for home reflection. Such an assignment not only keeps the mentee accountable but also helps to establish a consistent trajectory and momentum from one session to the next.

Together these features, skills, and mindsets can help to ensure that mentors are well equipped to develop strong relationships in whatever program they are working. 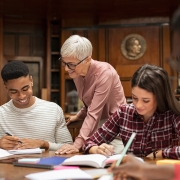 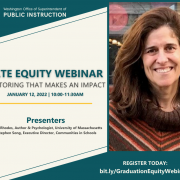 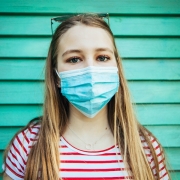