Editor’s note: Here’s some thoughts for those of us who have struggled somewhat with using “mentor” as a verb, and with replacing protege with “mentee.”

From the Christian Science Monitor 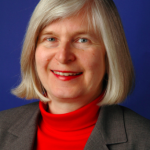 The Monitor’s language columnist has made peace with ‘mentor’ as a verb; ‘mentee’ as the term for the one being mentored, not so much.

A professional organization to which I belong has long struggled to establish a mentoring program for its members.

I suspect we’re not alone. It can be hard to find people of a certain breadth and depth of experience willing to commit to working long term to help someone more junior find the right professional path.

But beyond that, there are those – found disproportionately within the “breadth and depth” crowd, I suspect – who have trouble with mentor as a verb.

Lucy Ferriss, at the Lingua Franca blog, commented recently that a new writing project has taken her “deep into the fields of business and finance” where “at every turn” she has been encountering mentor and – gasp! – mentee. “I confess publicly here, and with no small amount of shame, that these terms irritate me, as if someone’s placing a guiding hand on the back of my neck every time either of them comes up.”

Those whose breadth and depth extend to the Greek classics, as Ms. Ferriss’s clearly do, recall that Mentor was the friend whom Odysseus asked to keep an eye on his son, Telemachus, while Odysseus was off fighting the Trojan War. And sometimes Athena disguised herself as Mentor to counsel Telemachus and keep an eye on the suitors trying to make moves on Penelope, Odysseus’s wife, in his absence. (Maybe my professional group would have less trouble if we could promise prospective mentors they could pass off some of the heavy lifting to the Greek goddess of wisdom.)

Mentor certainly makes for an apt figurative usage – after all, Mentor actually did mentor Telemachus. And I accept that nouns, even proper nouns, can become verbs.

My own quibble with the mentor thing is that there’s no perfect term for the junior partner in the relationship.

Mentee is the word that’s often used; it has made it into at least some dictionaries. But it sounds like the name of those sea creatures that fooled love-starved sailors into thinking they were seeing mermaids, doesn’t it? And it comes close enough to the French word meaning “to lie,” in the mendacious sense (mentir), that mentee suggests “someone who has been sold a bill of goods.”

My real gripe with mentee, though, has been that it suggests that those who use it think mentor is an “agent noun,” referring to a “doer” of some imagined action, “menting.” A “mentor” is one who “ments,” in other words. (Compare lessor and lessee, for instance.)

The Online Etymology Dictionary has this to say in its entry for mentor, which came into English as a noun around 1750: “the name appears to be an agent noun of mentos,” meaning “intent, purpose, spirit, passion.” Mentor is related to a Sanskrit word meaning “one who thinks,” and to the Latin monitor, “one who admonishes.”

So maybe a mentor is “one who thinks,” and by extension, shares thoughts with others. I’m still not sold, though, on mentee.

Profiles in Mentoring: A conversation with Kristin Humphrey of Partners for Youth with Disabilities
https://www.evidencebasedmentoring.org/wp-content/uploads/2014/11/dandelion.png 360 960 Jean Rhodes https://www.evidencebasedmentoring.org/wp-content/uploads/2018/08/chronicle-logo-1.png Jean Rhodes2014-11-11 10:43:112015-11-13 16:08:19Why a syndicated columnist struggles with the terms “mentor” and “mentee”