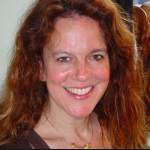 Niobe Way, a professor in the Department of Applied Psychology at N.Y.U.’s Steinhardt School of Culture, Education, and Human Development, discussed her book with New Yorker columnist, Vanna Lee. Her edited version of their conversation appears below.

NW: My interest in boys’ development grew out of listening to my younger brothers and the boys I met while working as a counselor. I became fascinated by the discrepancy between the stereotypes of boys and what boys actually sounded like. I wanted to learn about their social and emotional developments, particularly during adolescence—the age during which boys are most heavily stereotyped as stoic and only interested in one thing (i.e., sex). I discovered that while boys do sound and act like stereotypes at times, they also often implicitly challenge such stereotypes especially in the context of their closest male friendships.

Boys openly expressed to us their love for their friends and emphasized that sharing “deep” secrets was the most important aspect of their closest male friendships. They also told us that they would go “wacko” without these friends. I realized that these patterns among boys have been ignored by the larger culture because such expressions are considered by this culture as girlish and gay. Thus, to admit that boys have or want emotionally intimate male friendships, or to reveal their emotional sensitivity, is to implicitly accuse them of being gay. Rather than questioning why emotional sensitivity and emotionally intimate friendships are given a sex (female) and a sexuality (gay), we simply ignore boys’ friendships and the ways in which they do not fit our gender stereotypes.

VL: What do boys want in friendships (with other boys)? How does that change as they grow older?

NW: Boys want “deep depth” friendships with other boys in which secrets are shared, trust is total, and they have the confidence that their friend will not betray them or laugh at them when they are feeling vulnerable. These themes of intimacy are particularly evident during early and middle adolescence. During late adolescence, however, boys begin to lose their closest male friendships, become more distrustful of their male peers, and in some cases, become less willing to be emotionally expressive. They start sounding, in other words, like gender stereotypes. When they talk about intimacy that might remain in their closest male friendships, they use the expression “no homo” to underscore their heterosexual status. Questions about close friendships from the interviewers become, for the boys during late adolescence, questions about sexuality. Many of the boys in our studies spoke about feelings of loneliness and isolation during late adolescence and how they missed their formerly close male friendships. We heard these patterns of loss and distrust right at the moment in development that the rates of suicide among boys in the United States jumps up to become four times the rate of girls.

VL: Why do these changes happen?

NW: These changes occur during late adolescence because cultural pressures to become a “man” are intensified during this period of growth. In American culture, becoming a man is linked with being emotionally stoic, autonomous, and physically tough. If boys do not follow these dictates of manhood, they are perceived as gay or girlish—and boys who are heterosexual don’t want to be perceived in such ways. These changes also occur because boys, like girls, increasingly buy into the cultural belief that having a romantic partner makes you mature and happy and that these relationships are more important than friendships. They begin to believe that friendships should be sacrificed for the sake of romantic relationships.

VL: Is this specific to just American boys?

NW: My studies have focused almost exclusively on American boys. But, the studies I’ve done of boys (and girls) in China suggest that the patterns of intimacy among boys are also found in Chinese adolescent boys. Yet I do know that many cultures around the world emphasize the importance of male friendships much more than Americans do. American culture is a hyper-masculine one in which you might rarely see two heterosexual men holding hands. Such signs of affection are common in many parts of the world outside of the States.

VL: Throughout the book, you bring up the phrase “no homo,” something that boys—both younger and older—will use to indicate that they are not homosexual. How did this term originate, and why is it used so often?

NW: This term is used to indicate that what they are saying is not evidence of homosexuality. Boys, particularly during late adolescence, used this phrase when they revealed something that could be misinterpreted as evidence of homosexuality in our culture…. For example, boys would say: “I will stick by him through thick and thin, no homo,” or “I share all my deep secrets with him, no homo.” This is strong evidence that while we may think we live in a progressive culture in which being gay or a girl is considered as positive as being a heterosexual boy, we remain in a culture that uses “gay,” “girly,” or simply “girl” as a slander for boys and girls (e.g. “you are such a girl”). The phrase “no homo” is used so often by heterosexual boys. This also includes those from New York City, who don’t want to be perceived as gay or girlish even if they wear skinny jeans or tight T-shirts.

VL: Why should we be alarmed by the pattern and nature of boys’ friendships?

NW: We should be alarmed because research about the relationships between boys consistently reveals that friendships are key to all aspects of well-being. Close friendships provide a sense of self-worth, validation, and connectedness to the larger world and significantly enhance psychological, physical, and academic health. Adolescents without close friendships are at risk of depression, suicide, dropping out, disengagement from school, early pregnancy, drug use, and gang membership. Research has even suggested that the effects of the quality of friendships on adjustment may be stronger for boys than for girls. Health researchers find that people with strong friendships are less likely to get colds and common illnesses than people with fewer friends. Study after study has underscored the importance of close friendships throughout the lifespan.

In addition, much of the way we think about parenting and schooling boys is based on gender stereotypes. Even the most recent school reforms, such as creating curriculums, are based on gender stereotypes. The fact that boys do not consistently fit gender stereotypes suggests that we need to rethink how we parent boys as well as what we are doing in schools to foster boys’ development. Recent scholarship in neuroscience, developmental psychology, psychiatry, and evolutionary anthropology are emphasizing the empathic and coöperative nature of all humans. Thus, we should also be relieved, and not simply alarmed, to discover that boys and men are human, too.

VL: How can we help boys and girls (as well as men and women) to remain better emotionally connected to one another?

We need to rethink how we are defining maturity, which, in this culture, is equated with independence, autonomy, and separating from others. I think maturity should be defined as the ability to have mutually supportive, intimate, and deeply empathic relationships. If that was the epitome of maturity, the way we think about parenting and about schooling our children would radically change. In addition, if we paid attention to the decades of research underscoring the importance of friendships for the psychological health of males and females, we would also change the way we parent and school our children. Rather than autonomy, independence, or critical thinking being the goal of development, the goal would be to foster children’s social, emotional, and cognitive capacities so that they can thrive in all areas of their lives.