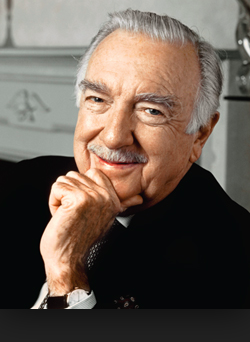 In Matilda Raffa Cuomo’s book, The Person Who Changed My Life, acclaimed broadcast journalist and anchorman Walter Cronkite discussed his high school mentor — a man who was instrumental in setting him on his lifelong career path of journalism. Here is an excerpt by Walter Cronkite: 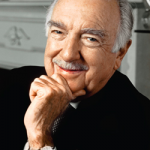 I went to San Jacinto High School in Houston, Texas, in the 1930s, and was fortunate to come in contact with a man who would inspire me to become a career print and broadcast journalist. Fred Birney was a pioneer in high school journalism. Very few high schools at that time even taught journalism, and many schools didn’t have their own student newspaper.

Fred talked the Houston Board of Education into allowing him to teach a journalism class once a week at three local high schools, one of which was San Jacinto. He was a newspaperman of the old school and taught us a great deal about reporting and writing. He also became a sponsor of the San Jacinto High School newspaper, the Campus Cub. Under his tutelage, we published it monthly, whereas it had previously been published in a casual manner, just three or four times a year. During my junior year, I was the sports editor of the Campus Cub and its chief editor in my senior year…

At the time, I was an avid reader of American Boy magazine, which was composed of a series of short stories to inspire boys to follow certain careers. I remember reading an article about mining engineers. I wish I had read an article about petroleum engineering in Texas in the 1930s instead of becoming interested in mineral mining. So here I was about to graduate, and I was torn between becoming a mining engineer and a journalist. Things could have been a lot different for me without Fred.

He was well-connected with the three newspapers in Houston. During the summer of my junior year, he secured his interested students jobs as copy boys and girls with the Houston Post. Then, after I graduated in 1933, I became the campus correspondent for the Houston Post at the University of Texas at Austin and worked at the college paper, the Daily Texan, working my way up to become its editor. My sophomore year I got a weekend job working as an exalted copy boy for the International News Service at the state capitol, but I was also asked to cover committee meetings of the state legislature…

In 1950 I was hired by CBS, and became further involved in radio and television.

Fred Birney wouldn’t admire the type of journalism going on today. He was always big on journalistic integrity. “You’ve got to remember that everyone you write about is a human being,” he would tell us, “not just a headline.”

We exchanged several letters until his death, shortly after my high school graduation. He taught me so much in those high school classes, and by securing me those early jobs, he cemented my desire to be a reporter for the rest of my life. He was my major inspiration. I always credit Fred Birney for my career.

Muhlenberg College will require students to recruit mentors from a database of parents and alumni.