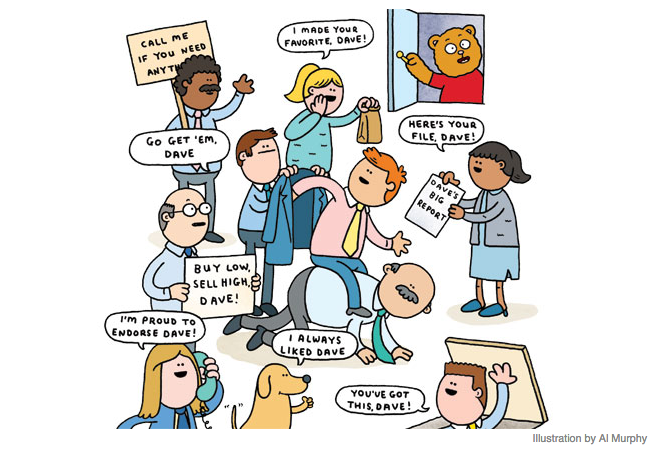 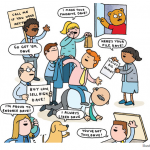 “For a new generation of workers, the idea of seeking out a single career confidant is as old-fashioned as a three-martini lunch…”

When Christina Wallace, then 25, started a job at a management consulting firm in 2009, she was assigned two mentors: one, a career counselor; the other, an office-culture guru. “It all felt very awkward and forced,” she says.

In the years since, Wallace has taken a different approach. “I’ve curated a personal board of advisers who range from peers to professionals spanning generations and industries,” she says. “I lean on different mentors for different things and often provide them with just as much mentorship as I take.” Her assigned career guide’s role was to gather feedback from Wallace’s bosses and funnel it back to her. “It was like a game of telephone, only the game was with my career.” Her new advisers connected her with “multiple interesting people” and “cool companies”—and helped her land her current gig before it was posted as a job listing.

For a new generation of workers, the idea of seeking out a single career confidant is as old-fashioned as a three-martini lunch. Sure, seasoned professionals still offer valuable wisdom to those on the way up, says Monica Higgins, a professor at Harvard’s Graduate School of Education, but “one senior person can no longer be the only place you turn for career support.” According to Jeanne Meister, co-author of The 2020 Workplace, younger workers seem less respectful of more experienced colleagues and don’t feel compelled to follow in the same path as their superiors. “Millennials can be bold and hungry when it comes to getting what they want,” Meister says. “And today’s new mentorship models are more like Twitter conversations than the long-term relationships of days past. They’re short-term and quite informal. And they end before it becomes a chore for either party—like moving on from a just-OK date.” This hard-core pursuit of guidance can be annoying in established corporate hierarchies. “While this approach may have worked on supercharged college campuses or on the lacrosse field or tennis court,” says Meister, “it may backfire when Millennial employees have to work on an age-diverse team where their aggressive career goals may be intimidating to others.”

Mandatory mentorship programs remain common at large corporations, including accounting firm Deloitte and publisher Time Inc., as well as major investment banks such as Goldman Sachs (GS). Many large firms, though, have begun experimenting with alternative, more creative forms of mentoring. One approach is “peer mentoring,” a gathering of like-minded individuals who can offer guidance for one another, much like Facebook (FB) Chief Operating Officer Sheryl Sandberg’s “lean in circles.” Another is “reverse mentoring,” in which older workers attempt to stay current in a rapidly changing industry by relying on younger colleagues, an approach popularized by former General Electric (GE) Chairman Jack Welch. It’s now typical at major advertising agencies such as Ogilvy & Mather. And there’s “speed mentoring,” where aspiring mentees face off individually with prospective mentors, speed-dating-style, for short bursts of advice and a cache of business cards.

Academic institutions such as the University of Texas at El Paso and organizations such as New York Women in Communications proudly hold these events. “Rather than meeting a potential spouse,” reads the New York Women’s website, “you will be meeting experienced professionals who are important connections and valuable sources of information to help you make the most of your career search.”

Younger workers are in pursuit of a sponsor, the preferred academic term for a mentor who goes beyond advising to actively promoting an underling. “Millennials look for those critical few to help them reach their goals in as short an amount of time as possible,” Meister says. Several studies have found that sponsorship can be effective for securing better compensation, faster promotions, and job satisfaction. The Sponsor Effect, a study of several thousand white-collar workers published in the Harvard Business Review, found that such sponsorship emboldened employees to further pursue pay increases.

Finding a mentor can seem beside the point for those determined to forge their own paths and those comfortable promoting themselves. In Meister’s online survey of more than 1,000 workers, Multiple Generations @ Work, she asked respondents if they think their personal drive is intimidating to colleagues. Among Millennials (born 1977 to 1997), 66 percent said yes, vs. 49 percent of Gen Xers (born 1965 to 1976) and 40 percent of baby boomers (born 1946 to 1964). “The younger, tech-savvy generation sees themselves as better equipped for the ‘new world’ work environment than their experienced senior colleagues, who still do things the old way,” says Susan Adams, a professor of management at Bentley University in Waltham, Mass., and senior director of the school’s Center for Women and Business. “Younger employees expect to jump in and contribute all they have immediately,” she says. “Organizational hierarchies and waiting in line don’t make sense to them when they’re ready now.” A 2012 Bentley study of 1,000 college-educated Millennials found that only 2 percent of respondents claimed that a mentor at work gave them the most career encouragement (33 percent said spouse/partner, 25 percent said mom, and 16 percent said dad). And one-quarter gave credit to a manager for encouraging them to assume a leadership role at work.

“I did work with an older mentor who helped me get my jump in the business,” says Tom Daly, a 30-year-old photographer in Charlottesville, Va. “He generally pointed me in the right direction. But the problem was, I surpassed him in some skills, and some of his clients started asking me to work with them instead of him.” Former investment banker Sam Graziano, 34, now co-founder and chief executive officer of Fundation, an online lending platform for small businesses, agrees. “When you have a mentor who has committed him- or herself to a long-term career for one company or in one line of business,” he says, “it’s hard for them to identify with someone like me who chooses to pursue a different path.”

Millennial attitudes toward mentorship have left potential mentors feeling deeply jilted, says Bentley University’s Adams. “One issue I’ve had with some of my mentees—all of whom are Gen Y—is the understanding that interacting with a professional from another generation requires them to change their behavior,” says Catherine Carlozzi, a speech and business writer in Cedar Grove, N.J. “I had to teach one mentee that it isn’t acceptable to call in the late evening with a routine question. I’ve had to explain to others that texting on your smartphone in a situation that involves your seniors suggests you think you have more important things to do,” she says. She’s adapted by using Facebook messaging, texting, and Skype (MSFT). “Sometimes it can be days and days before a mentee will answer an e-mail. That annoys me.”

Carlozzi says Millennials need to understand that they, too, bear responsibility for maintaining a fruitful mentor-mentee relationship. “One of my assigned mentees and I mutually agreed to table the relationship because she never seemed to have time for our scheduled meetings,” she says. “Although she’d seen the benefit of having a mentor, she simply couldn’t make time for it in her life.” 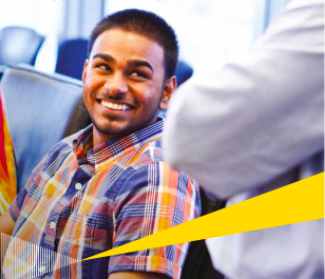 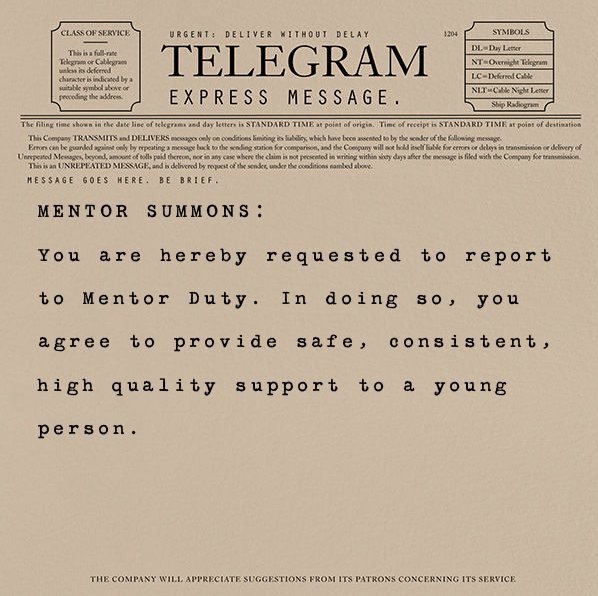