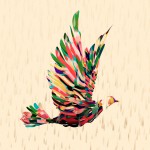 The marathon bombing occurred one year ago and, as Boston marks the anniversary of this tragic event, many stories of the survivors have been highlighted. There is no question that this traumatic event left an indelible mark on many lives, forever shaping how its victims view themselves and the world around them. Yet many of the victims also describe the event and its aftermath as a turning point–creating openings for them to re-evaluate their priorities, relationships, and life’s work. Their stories align with a growing body of research. Indeed, for decades, researchers have studied survivors of war, natural disasters, family violence, extreme poverty, and other major stressors, and have identified a range of factors that seem to promote resilience, defined as the full return to pre-trauma levels of functioning. Yet, more recently, researchers have begun to document another positive outcome from trauma —the experience of posttraumatic growth (PTG). Psychological growth tends to occur when survivors’ core beliefs about themselves and their place in the world are challenged. Particularly when given opportunities for cognitive processing of the experiences, some trauma survivors develop a greater appreciation for themselves, their relationships, and for life and its possibilities. Although others had observed this potential silver lining (e.g. Frankl, 1963; Dohrenwend & Dohrenwend, 1978), it was not until relatively recently that researchers developed a more detailed conceptualization of the underlying processes as well as an instrument to measure psychological growth (Tedeschi & Calhoun, 1996). Subsequent researchers have reported PTG following a wide range of traumas, including natural disaster and combat, along with the conditions that precipitate and sustain it. In recent years, my colleagues and I have delved into theories of recovery as well as a wealth of empirical findings and in-depth case studies from our research on survivors of Hurricane Katrina to illuminate patterns of loss and recovery and to situate these patterns into the broader literature on PTG and positive psychology.

Our work is grounded in findings from a historic four-wave longitudinal study of Hurricane Katrina survivors, the Resilience in Survivors of Katrina (RISK) project, The Hurricane Katrina disaster research began in 2003 when 1,019 low-income, mostly African American young women from New Orleans enrolled in a study designed to increase educational attainment among community college students. My co-investigators and I measured participants’ economic status, social ties, and mental and physical health. Hurricane Katrina disrupted the study in August of 2005. However, it provided an extremely rare opportunity to study the consequences of a disaster for vulnerable individuals and their families. Hurricane Katrina not only exposed an unprecedented number of individuals to devastating trauma and loss, it disrupted social, economic, and other systems in ways that prolonged recovery efforts and undermined survivors’ wellbeing. Difficulties such as these are often amplified in communities characterized by high levels of poverty and marginalization.  This work is also informed by our ongoing work with the Veteran’s History Project (VHP). The VHP is a congressionally mandated program within the Library that encourages volunteers to collect oral history interviews from U.S. veterans. Since 2002, volunteer interviewers have spoken with nearly 100,000 veterans of World War I through current conflicts. Although these interviews have been archived and made available for analysis, no researchers to date have drawn on them to study PTG. My colleagues and I are embarking on a study of PTG in the narratives of the veterans and developing new VHP guidelines and interview scripts. The goal of our work is to help veterans create meaning and incorporate their traumatic experiences into coherent life narratives, with the trauma serving as a turning point and a catalyst for change (Tedeschi & McNally, 2011; Larner & Blow, 2011).

One thing that has become clear is that the more adaptive responses, including PTG, are facilitated by close relationships. Survivors are more likely to thrive when they have strong networks of support and are able to engage in supportive, nonjudgmental listening aimed at helping them make meaning and incorporate their traumatic experiences into a coherent life narrative (Tedeschi & McNally, 2011). Across many studies, including those of the Great Depression, World War II, and other experiences, researchers have found that those who have the support of family, friends, congregations,  mentors, and other networks are better able to cope with and make sense of adversity (Elder, 1974).

As  our case studies from the Boston Marathon bombing, Katrina, and the VHP illuminate, many disaster and combat survivors have suffered catastrophic losses and are still experiencing serious mental illness and the derailment of their educational and occupational goals. Yet others are shining examples of survivors for whom the experience was an important turning point, providing them with the impetus to rethink their priorities, move away from unsatisfying relationships and dependencies, and, with a renewed sense of purpose and clearer identity, effectively put themselves on more promising life trajectories.

The problem of the benevolent dolphin: Implications for mentoring