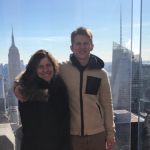 Slipping through my fingers all the time,

I try to capture every minute

The feeling in it

Slipping through my fingers all the time

Do I really see what’s in her mind

Each time I think I’m close to knowing

She keeps on growing

Slipping through my fingers all the time

Parents of teenagers and young adults may relate to this song. Or maybe it’s just me—feeling wistful as my 19-year-old son, just home from college, leaves for a summer internship in Dublin. What was dorm life really like? You’ll have to ask his close friends. But, as wrenching as this slipping feeling is, healthy adulthood depends on teens transferring their emotional dependence from parents to friends, mentors, and, eventually, romantic partners. In an important new study in Developmental Psychology, Szwedo et al. (2017)  show how adolescents and young adults shift their dependencies to new providers with the support provided at one developmental stage setting the stage for their ability to trust and rely on others across the lifespan. In the typical sequence, a 13 year old may depend primarily on her parents but by late adolescence she confides in and depends on friends. By early adulthood this dependence has begins shifting toward romantic partners .

Drawing on a rich, longitudinal data, the authors found that youth who received higher quality support form their moms at age 13 were more confident that support would be available if they needed it and thus more likely to take the risk of asking their friends for support at 18. The same process held true at 21—those who could rely on their friends felt more comfortable seeking the support of romantic partners. This cascading sequence of reliance, in turn, played a key role in predicting whether or not they achieved functional independence in young adulthood. The analyses controlled for support seeking from these providers at other ages, as well a range of other variables including attachment security, scholastic/job competence, and physical attractiveness over time. They conclude that the ability to depend on others for help during adolescence may signify functioning throughout adulthood years. As they write, “Although adolescence is a life stage marked by autonomy development, these findings indicate that teens who ultimately attain markers of adult status are not those who aim to handle life’s problems completely independently, but rather those who appropriately seek help from others during times of need.”

Although not the focus of this study, these results imply that, in addition to friends, mentors may also play a pivotal  role in helping adolescents shift from their dependence on parents. With mentors teens can gain some autonomy while simultaneously obtaining needed adult support and advice. As the late feminist scholar Carolyn Heilbrun observed,

“Probably all children should have several unrelated adults available to them beyond the usual nuclear family or single parent….Mothers who have raised a daughter since babyhood have established a relationship of great intensity and importance, but its very emotional history of identification and separation preclude the daughter’s accepting certain lessons from that mother.”

Of course, dependence on mentors is also likely to wane, as young adults seek the support of romantic partners. But, as emotionally wrenching as it may feel, take comfort in knowing that you have helped set the stage for subsequent trust and dependence, putting the young person on a path of healthy functioning. 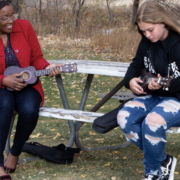 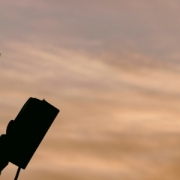