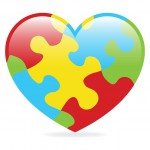 A new report based on a review of 29,000 articles identifies the most successful, evidence-based interventions for children and teenagers with autism spectrum disorders (ASD).

“More children than ever are being diagnosed with autism,” says Frank Porter Graham Child Development Institute (FPG) director Samuel L. Odom, who co-headed the new review. “We’re catching them earlier, with better tools, and these children need the right services.”

ASD incurs an average lifetime cost of $3.2 million per person, but early diagnosis and effective interventions can reduce that cost by two-thirds.

“Some interventions may seem cutting-edge, but we don’t yet know if they have any drawbacks or trade-offs,” says FPG investigator Connie Wong, who co-headed the new review of research. “Our report only includes what’s tried and true.”

“These evidence-based practices are extremely valuable,” says Charlotte Crane, an autism consulting teacher and board certified behavior analyst for Loudoun County Public Schools in Leesburg, Virginia. “This report gives us all a way to speak the same language and provide consistent research-based interventions.”

According to Ganley and Berlin, before the NPDC published its comprehensive reviews of research, interventions for children with autism were much more controversial. “Internet searches returned as many different approaches as authors behind them, and mastery of any practice was rare,” says Ganley.

“If there were no reliable report on evidence-based practices, intervention would be based upon myths,” added Berlin.

Applying more stringent criteria, the NPDC’s new report drops one evidence-based practice from the 24 identified in its 2008 review. After considering more studies this time, scientists also renamed and broadened one category, “technology-aided instruction,” and added 5 more, including “exercise” and “structured play groups.”

“Expanding the list offers more tools to educators and service providers,” says Ganley. “This improves outcomes for children with ASD.”

Not only does the report provide guidance for professionals, it also is an essential tool for families. “Parents often pay for interventions that have no evidence behind them, but this report will allow them to make the best choices,” says Odom.

For Allison Smith, a mother of identical twin 4-year-old boys with autism, the NPDC reports have helped her to advocate for her sons’ services.

“Knowledge is power,” Smith says. “Knowing what works has given us the upper hand in acquiring appropriate therapy and tools.”

According to Smith, video modeling, a longtime evidence-based practice from the NPDC’s list, helped her boys learn how to blow a feather. Development of this key motor skill is often associated with the ability to speak.

“They couldn’t learn how to blow a feather until they watched their older brother doing it on video,” she says, even though therapists had been working face-to-face with the boys on the task for months. “But it only took a few viewings of the short clip before both boys got it.”

“Being able to research the practices and then try them took a lot of guess work out of the process,” says Smith. “If there was no review of evidence-based practices, a lot of children would be without the interventions and services that are most appropriate for them.” 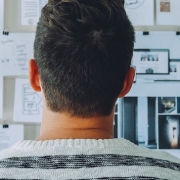 Children in the foster-care system: New research on the caregiving-self-regulation link