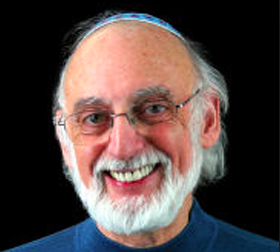 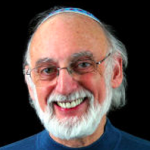 Editor’s Note: Professor John Gottman of the University of  Washington is one of the leading scholars on marital and other relationships and the factors that both strengthen and diminish understanding and closeness. Gottman is professor emeritus of psychology at the University of Washington. He co-directos the Washington’s Relationship Research Institute and the Gottman Institute with his wife. In this excerpted interview, he shares some of his enormous wisdom. From the Harvard Business Review, conducted by Diane Coutu, Sr. Editor.

DC: You’re said to be able to predict, in a very short amount of time and with a high degree of accuracy, whether couples will stay together for the long term. How do you manage that?

JG: Let me put it this way: If I had three hours with a couple, and if I could interview them and tape them interacting—in positive ways as well as in conflict—then I would say that I could predict a couple’s success rate for staying together in the next three to five years with more than 90% accuracy. I’ve worked with 3,000 couples over 35 years, and the data support this claim, which have now been replicated by other scientists. …

JG: It sounds simple, but in fact you could capture all of my research findings with the metaphor of a saltshaker. Instead of filling it with salt, fill it with all the ways you can say yes, and that’s what a good relationship is. “Yes,” you say, “that is a good idea.” “Yes, that’s a great point, I never thought of that.” “Yes, let’s do that if you think it’s important.” You sprinkle yeses throughout your interactions—that’s what a good relationship is. This is particularly important for men, whose ability to accept influence from women is really one of the most critical issues in a relationship. Marriages where the men say to their partners, “Gee, that’s a good point” or “Yeah, I guess we could do that” are much more likely to succeed. In contrast, in a partnership that’s troubled, the saltshaker is filled with all the ways you can say no. In violent relationships, for example, we see men responding to their wives’ requests by saying, “No way,” “It’s just not going to happen,” “You’re not going to control me,” or simply “Shut up.” When a man is not willing to share power with his wife, our research shows, there is an 81% chance that the marriage will self-destruct.

DC:  that mean that there’s no room for conflict in a good relationship?

JG: Absolutely not. Having a conflict-free relationship does not mean having a happy one, and when I tell you to say yes a lot, I’m not advising simple compliance. Agreement is not the same as compliance, so if people think they’re giving in all the time, then their relationships are never going to work. There are conflicts that you absolutely must have because to give in is to give up some of your personality…I want to stress that good relationships are not just about knowing when to fight and how to patch things up. We also need humor, affection, playing, silliness, exploration, adventure, lust, touching—all those positive emotional things that we share with all mammals. Something that’s been so hard for me to convey to the media is that trivial moments provide opportunities for profound connection. For example, if you’re giving your little kid a bath and he splashes and you’re impatient, you miss an opportunity to play with him. But if you splash back and you clean up later, you have some fun together and you both get really wet, laugh, and have a beautiful moment. It’s ephemeral, small, even trivial—yet it builds trust and connection. In couples who divorce or who live together unhappily, such small moments of connection are rare…

DC: Are the short-term factors for success in relationships different from the factors that make for long-term success?

JG: We face this question about short- and long-term success when we study adolescents and their relationships. We don’t necessarily want a 14-year-old’s dating relationship to last, but we’d like it to be a positive experience, and we’d like to facilitate our kids’ growth and not lead them down a negative path. Whether we look at teenagers or at older couples, it turns out again and again that respect and affection are the two most important things. Whatever your age, there are so many ways you can show respect for your partner. Express interest in the story she’s telling at dinner, pay him compliments, listen to her ideas, ask him to watch a Nova special with you so that you can discuss it later. The possibilities abound.

Why a syndicated columnist struggles with the terms “mentor” and “mentee”