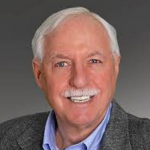 Tufts University developmental scientist challenges the myth of the troubled adolescent in book, “The Good Teen”

How did teenagers get such a bad rap?

You can go back to the time of the Greeks and find teenagers causing problems. The scientific study of adolescence began in 1904, with G. Stanley Hall, one of the leading psychologists in the United States. Hall believed that all of our ancestral adult stages were compressed into a single life span, and that adolescence was the period when we went from being beast-like to civilized. He started adolescents off with this perception that they were biologically constrained to be in “storm and stress”—his phrase. For most of the 20th century, people used this model not only to study adolescents but describe them, to talk about them as dangerous to others.

When did people start shifting their thinking?

As early as the 1960s research began to show that only a small minority of the pathways through adolescence were characterized by storm and stress. But even today, if you ask typical parents why their kids are doing well, they say, “They’re not taking drugs, they’re not engaged in unsafe sex, they’re not drinking alcohol, they’re not engaged in crime.” We all too often define young people as being positive because of what they’re not doing. That’s a very dispiriting message.

The 5 C’s are competence—not just academic but social, vocational and health competence. Confidence. Then character, that it’s fundamentally important to do what’s right. Connection, or working collaboratively with parents, peers, siblings, teachers, coaches. Finally, caring, a sense of compassion or social justice.

How do we foster these?

Through programs that embrace three characteristics: sustained relationships between adults and young people, teaching knowledge and skills to navigate the world and—this can be the most difficult—allowing kids to use those skills in valued community and family activities. Let your kids plan family vacations with you. Let them help set the menu for dinner. Or, if the parents give resources to charity, let young people help make that decision. And even though school administrators wince when I say this, let young people be on school boards. Let them sit on the Chamber of Commerce.

Can we take what we know about “positive youth development” and implement it anywhere to anyone?

The rule in human development, though it took a long time to recognize, is diversity. Every person is different, even monozygotic twins. No two people are in same place at the same time across their lives. You meet Honda hybrid, which is what I did. My neighbor didn’t, and he still drives an SUV. We all come to any after-school program, any educational program with a different history. Where you are will depend on how far you can go. But the fact of the matter is, humans retain plasticity [the ability to change] across all their decades. There really is no young person that can’t be improved. How much can they be improved? In what areas? How greatly they can be facilitated? That depends on a host of individual differences. But there is no young person who, in principle, cannot be enhanced.

How come some kids with these good characteristics still engage in problem behaviors?

The reason is, there are multiple determinants of behavior. The most popular activity kids engage in is sports. In sports you might get a message of competition: the only way you win is by your opponent losing. However, in youth development programs you get quite a different message of cooperation and collaboration. If a kid is engaged in sports and youth development programs at ten years old, he might be a little confused by these two messages.

Isn’t a bit of rebellion OK?

Is some testing of limits good? Well, yes. Kids need to know how to deal with failure or blocked goals.

What can be done to reverse the myth of the bad teen in the mind of the general public?

Policy makers get re-elected by decreasing crime in their district, by lowering teen-pregnancy rates, not by promoting confidence in young people. People tell me all the time, the only way to change policy in this country is to give a politician a problem they can solve. I’m saying there are not just problems, there are possibilities of positive characteristics in kids. That won’t change unless members of our communities begin saying to politicians, yes, we want to prevent, but what are we doing to promote?

Can you sum up your findings in one sentence?

The capacity for young people to develop in positive ways, and to make important differences to themselves and others, is phenomenal.

What kind of adolescent wants to grow up and study adolescence?

No one’s asked me that, ever. I always wanted to be someone working with young people. I thought I would be a phys-ed teacher and a track coach. Then I went to Hunter College in the Bronx, which is now Lehman College. I didn’t fit in as a phys-ed major. I went home one night with the college bulletin—I lived in Brooklyn and had an hour-and-forty-minute train ride. I was looking through the bulletin, it said: art, biology, anthropology. Then I get to psychology, and it said, the psychology of personality. I’m 17 years old. I go, hey, I have a good personality. It said, social psychology. Hey, I like parties. It said, the psychology of sex. Wow, that I know I like. I came in the next day, went to the registration and said I’m declaring as psychology major. And that was it. 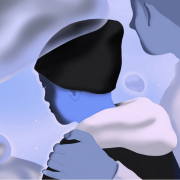 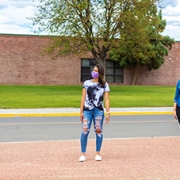