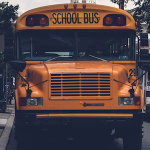 Relatively inexpensive engine retrofits for school buses can improve not only students’ health but also their academic performance, according to new research.

Every year, car manufacturers roll out new models with sleek styling, improved safety features, and better fuel economy. Yet there’s one vehicle on the road that has remained almost unchanged since the 1970s: the yellow school bus.

“…School Buses Are Some Of The Most Polluting Vehicles On The Road.”

Buses, which carry more than 25 million US children to and from school every year, still largely lack features that became standard decades ago, including airbags, air conditioning, and even seatbelts. They also still pump out diesel exhaust, a major source of harmful pollutants, at a time when diesel vehicles account for just 3% of total automobile sales in the US.

“The combination of diesel fuel and an aging fleet—in Georgia, 600,000 students ride buses that are at least 12 years old—means that school buses are some of the most polluting vehicles on the road,” says Wes Austin, an economics PhD student at Georgia State University.

“Kids are more susceptible to air pollution than adults, yet they’re breathing in bus fumes twice a day, every school day.”

Some school districts are slowly giving their bus fleets a greener makeover, retrofitting older diesel-burners to reduce the amount of emissions they produce.

“…If A District Retrofits Its Entire Bus Fleet, The Effect Would Be Slightly Greater Than The Effect Of Going From A Rookie Teacher To One With Five Years Of Experience.”

Austin and his colleagues, Garth Heutel, associate professor of economics, and Dan Kreisman, assistant professor of economics, analyzed a decade of test score data from school districts in Georgia, and measured changes over time, comparing districts that retrofitted a lot, some, or none of their school buses. They found that retrofits were linked to gains in test performance, particularly for English tests.

“We estimate that if a district retrofits its entire bus fleet, the effect would be slightly greater than the effect of going from a rookie teacher to one with five years of experience,” says Kreisman.

The researchers also looked at how retrofits affected the outcomes of standardized fitness tests given to Georgia students, and found a significant improvement in respiratory health and aerobic capacity. Although previous studies have shown that pollution harms students with respiratory conditions like asthma, this study is the first to demonstrate that even students without preexisting health conditions are vulnerable to the health effects of bus emissions.

Considering that it costs only a few thousand dollars to retrofit an older bus, the return on investment is huge, the researchers say.

“According to our calculations, if an average district retrofits just 10% of its bus fleet, the lifetime value of improved test scores (for example, from higher earnings in adulthood) is approximately $2.5 million,” says Austin. “The value of improved aerobic capacity is $950,000.” 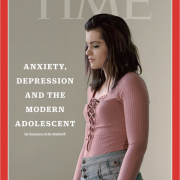 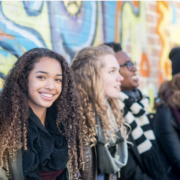 Race, Racism, and Relationships: What Matters for Teens’ Mental Health?