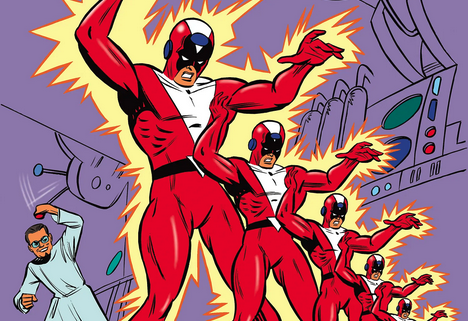 In his smart new opinion piece, Stuart Richie describes how the growth mindset idea spread despite the lack of strong evaluation results. As you probably know, the basic idea of growth mindset, is that learners can work hard and improve their ability (e.g., in math). This is typically contrasted with a fixed mindset, i.e., that learners are born with a particular intelligence/skill level from which we can never improve. As Richie notes, “It’s debatable whether anyone really holds this extreme view, but proponents of mindset argue that people vary in the extent to which they believe in growth.”

Richie describes how the idea gained ground, pointing to Stanford psychologists Carol Dweck’s bestselling 2006 book Mindset. as well as her 2014 TED Talk (which clocked over 20 million views!). The idea then rapidly found its way into hundreds of interventions, teacher training programs, parenting books, and more. Like youth mentoring, however, the excitement for an intuitively appealing idea outstripped supporting research findings. Dweck did not intend for the hype to outstrip the science. In fact, she co-authored a 2019 Nature paper that found that, on average, students’ test scores were improved by just  .11 standard deviations by the hour-long intervention. Richie also points to another 2019 study run “by the UK’s Educational Endowment Foundation, which tested a teacher-led growth mindset intervention given to more than 4,000 ten-to-eleven year olds in England. In this one—also a high-quality piece of research—the effect size of the intervention on school grades in maths, reading, and writing was… absolutely zero. It had no effect at all.” He muses, “So, do mindset interventions only work in the US? Only online? Only in older adolescents rather than younger kids? We don’t know yet. We should be open-minded, but in all the wrangling over the what and where of the effect, one thing is for sure: growth mindset doesn’t have the enormous effect that it sounds like it has in Dweck’s TED Talk.”

Since this process of hype outstripping actual evidence is all too familiar in the field of youth mentoring, it is worth exploring the factors that might account for this gap. Richie points to five, all of which are relevant lessons for our field, excerpted below

“This type of decline effect is a good thing. Sure, it’s too late to put the growth mindset hype genie back in the bottle now that it’s spread to every school in the land. And even if the better studies turn out positively, it wouldn’t retroactively justify the previous hype…. But even after all these mistakes, this is an encouraging example of psychology research getting serious – and maybe even those who spread the initial hype getting serious too. It’s genuinely good to see.”

Thankfully, the field of mentoring is also reining in hype in favor of increasingly rigorous studies designed to pinpoint exactly what type of mentoring works, for whom, and under what conditions.  It’s good to see our mindsets are not fixed!
P.S. Special thanks to Chris Conway, Associate Professor at Fordham, for sharing this article.